Much of Sri Bhagavan Ramana Mahrshi’s shared wisdom could not be contained in printed words or even his spoken speech.  And yet even his spoken words went largely unrecorded.  Nevertheless, those texts which are available, mostly as remembered & transcribed by others, are too vast a treasure to be readily reviewed, nor certainly in any way summarized.  From time to time, we will almost randomly taste a drop, here & there, as in what follows. (paragraph titles are added) 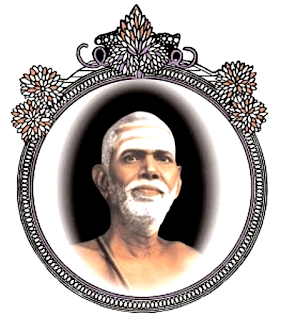 Regardless of what the "others" may say, the Waking World actually is an unreal Dream
You are bodiless & Space-less in Deep Sleep, yet in the Waking state & in Dream appear to be the opposite. Whatever the Dream, the only thing that has value & is worth doing with regard to Dream is to wake up. Although within the Dream, everyone they would have tried to convince you of it, when you wake up, do you say that the experiences of the Dream were real ?   No.  Similarly, when you wake up to the Self these experiences of the World will be unreal, like in a Dream, although others in that state will try to convince you that they are real.
asters Grace.

Only lose the Ego
Be what you are. All that is necessary is to lose the Ego. That which is, is always there. Even now you are that. You are not apart from it  The thought, "l have not realized", the expectation to become realized, & the desire of getting anything, are all the workings of the Ego.
The Ego-Self appears & disappears & is transitory whereas the real Self is permanent. You wrongly seem to identify the real Self with the Ego-Self. See if that mistake has come about. The Ego-Self does not exist at all. To whom is the trouble ? The trouble also is imagined. Trouble & pleasure are only for the Ego. Take care of yourself. Let the World take care of itself. See your Self. If you are the Body there is the gross World also. lf you are spirit all is spirit alone. Do it yourself 1st & then see if the question of others arises afterwards.

It helps to lose concepts
The degree of the absence of concepts is the measure of your progress towards Self- realization. But Self-Realization itself does not admit of progress, it is ever the same. The Self remains always in Realization. The obstacles are concepts. Progress is measured by removal of obstacles to understanding that Self is always realized. So thoughts must be checked by seeking to whom they arise. Go to their source & they will not arise.

Self-Inquiry & the Mind
The Truth of your Self alone is worthy to be scrutinized & known. Taking it as the target of your attention, you should keenly seek to know it in your spiritual heart. This knowledge of yourself will be revealed only to the Consciousness which is silent, clear & free from the activity of the agitated & suffering Mind.
The Mind is only a bundle of thoughts. How can you extinguish it by the thought of doing so, or by a desire? Your thoughts & desires are part & parcel of the Mind. The Mind is simply enhanced by new thoughts rising up. Therefore it is foolish to attempt to kill the Mind by means of the Mind. The only way of doing it is to find its source & hold on to it. The Mind will then fade away of its own accord.
The Mind, turned outwards, results in thoughts & objects. Turned inwards, it becomes itself the Self. To ask the Mind to kill the mind is like making the thief the policeman. He will go with you & pretend to catch the thief, but nothing will be gained S0 you must turn inward & see from where the Mind rises & then it will cease to exist.
It is with the inward-going Mind that you eliminate the outward-going Mind. You do not set about saying there is a Mind & I'm going to kill it, but you seek the source of the Mind. Then you will find that the Mind does not exist at all.
Whenever you are disturbed by thoughts you need merely withdraw within to the Self This is not concentration or destruction of the Mind but withdrawal into the Self.
Know that the Consciousness always shines as the formless Self, the true  Your duty is to be, & not to be this or that.  All required is to realize the Self is to be still, since the Self is not now understood to be Truth, the one Reality.
When one daily practices more & more abiding in the heart, the Mind will become extremely pure due to the removal of its defects, & the practice will become so easy that the purified Mind will plunge into the heart as soon as the Inquiry is commenced.
All that you need do is to find out the origin of the “I-thought" & abide there. Your efforts can extend only thus far. Then the beyond will take care of itself

Guru’s Grace though Liberation is always
Liberation is ever present & bondage ever absent. That which is, is only Grace; there is nothing else; but as long as the Dream prevails, the Master must be sought & served to evoke the Grace. Every plane of Worldly existence has its own illusion, which can be destroyed only by another illusion on the same plane. For example. a man takes a full meal & goes to sleep. He dreams of being hungry in spite of the food he has in his stomach. To satisfy the Dream hunger, he has to take Dream food. A wound in Dream requires Dream treatment. A great King once dreamt that he was ill but was too poor to call a doctor. Although he had fabulous wealth in the Waking state, it was of no use to him in the Dream state. Similarly, the illusion of ignorance can be destroyed only by the illusion of the Mind.

[The above themes & 1600 pages more are freely available as perused or downloaded PDF’s, the sole occupants of a Public Microsoft Skydrive “Public Folder” accessible through  www.jpstiga.com ]
Posted by jstiga at 8:45 PM