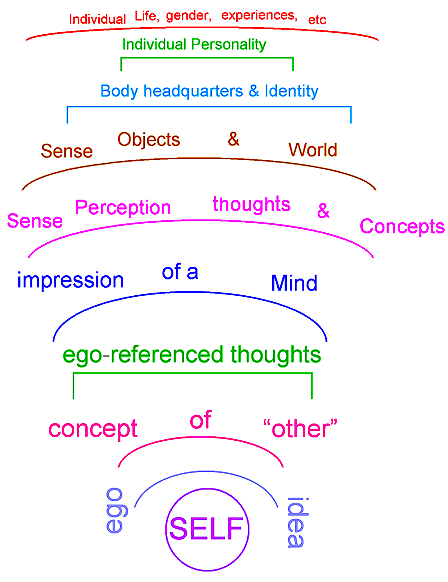 [another Annamali Swami note]
for a while, the following will preface all these blogs – so please skip over if seen before]
100 Billion
In order to hint at how serious this Blog is, let the author unequivocally state that the Knowledge here imparted, none of it original, none to be credited to the author, that Knowledge is THE MOST VALUABLE treasure that exists. If hypothetically offered 100 Billion dollars to forgo this Knowledge, that offer or any other would be disregarded in the blink of an eye.  Even with all the good that might be accomplished with $100B, this Knowledge is beyond the World & comes from beyond the Mind. This is no hyperbole.
Afterwards, the Self will take care of everything & you won't have to worry about anything any more. In fact, you won't be able to, because the Mind that previously did the worrying, the choosing & the discriminating will no longer be there. In that state you won't need it & you won't miss it.
[Michael James, Happiness & the Art of Being – comments on atma vichara “Self-Inquiry”]
A few of the terms which Sri Ramana used to describe the practice are  “self-attention” atma vichara or “self-abidance” atma nishta.  The 2nd  word is atma vichara has various Sanskrit meanings, including “pondering, deliberation, consideration, reflection, examination, investigation”  & in the Tamil Lexicon, it is defined it both as “\‘deliberation” or “consideration”, in the sense of “unbiased examination with a view to arriving at the Truth” or “investigation”.  Therefore the term ātma-vicāra, which Sri Ramana frequently used to describe the practice by which we can attain Self-Knowledge means Self-Investigation or Self-Examination, & denotes the practice of examining, inspecting, or scrutinizing our fundamental & essential consciousness “I am” with a keen & concentrated power of attention.
Though the term ātma-vicāra can best be translated in English as Self-Investigation, Self-Examination, Self-Inspection, Self-Scrutiny, Self-Contemplation, or simply Self-Attention, in most English translations of Sri Ramana’s teachings it has been translated as Self-Inquiry. This choice of the English word Inquiry to translate vicāra has had unfortunate consequences, because it has created an impression in the minds of some people that ātma-vicāra, or the vicāra  "Who am I ?" as Sri Ramana often called it, is merely a process of questioning or asking oneself  "Who am I ?"
This is clearly a misinterpretation, because in Sanskrit the word vicāra means Inquiry in the sense of Investigation rather than in the sense of Questioning. When Sri Ramana spoke of the vicāra "Who am I ?" he did not intend it to imply that we can attain the Non-Dual experience of true Self-Knowledge simply by asking oneself the question "Who am I ?"  The vicāra  "Who am I ?" is an Investigation, Examination, or Scrutiny of our fundamental Consciousness  "I am"  because only by keenly Scrutinizing or Inspecting our Consciousness  "I" can we discover who we really are – what this consciousness "I" actually is. 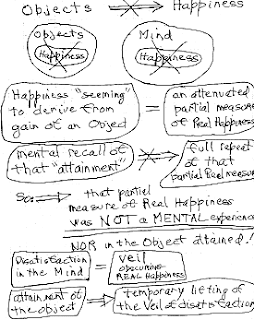