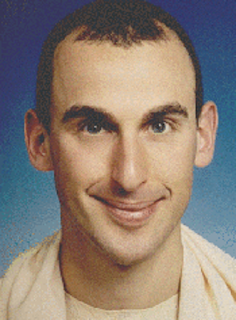 As our "self-remembrance" thus becomes more firmly established, our clarity of Self-Consciousness will gradually increase, until finally, we are able to experience & know our Essential Existence with full & perfect clarity.

When we once experience our self as we really are, our delusion of "self-ignorance" will be destroyed, & thus we will discover that we are nothing but our own Real & Essential Existence, which always knows itself with perfect & ever-unfading clarity.

Before its publication, a draft of this booklet was shown to Sri Ramana for his approval, & when he read it he noticed that Sri Sivaprakasam Pillai had expanded his original answer to the 1st question, adding a detailed list of things that we mistake our Self to be, but that in fact we are not.

On seeing this, he remarked that he had not answered in such a detailed manner, but then explained that, because Sri Sivaprakasam Pillai was familiar with nēti nēti, he had added such detail thinking that it would help him to understand his answer more clearly.

By the term nēti nēti, Sri Ramana meant the rational process of Self-Analysis described in the ancient texts of vēdānta, a process that involves the analytical elimination or denial of everything that is not "I".  The word nēti is a compound of two words, na, which means "not", & iti, which means "thus".  Hence nēti nēti literally means "not thus, not thus."  The ancient texts of vēdānta use these words nēti nēti when explaining the rational basis for the theory that our Body, our Senses, our Life-force, our Mind, & even the Ignorance that we seemingly experience in Deep Dreamless Sleep are all not "I".

Also related to these topics, there are now 8 Kindle books on "Amazon.com", reference-able by the author "John Stiga", each indicated as non–copyrighted, public–domain, & priced at the minimum $0.99 each.
Posted by jstiga at 6:39 AM