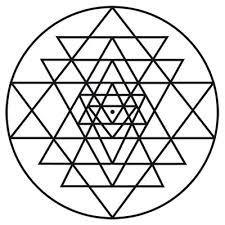 It's  "over there", "here", "now", "good-bad", & all and all declarative statements for that matter, have as an implied reference point, the "I" or Ego, the individual self. [This actually fractures to the Universe into all the numerous points of view, apparent individuals, and their referenced declarations, concepts, opinions, worldviews.  Any given perspective only holds for the specific individual reference point, the Ego "I", by which it is defined. There is no concerted. joined-together Universe, but only these referenced impressions, which are thoughts, which are fleeting forms in Consciousness.]
Sri Ramana Maharshi repeatedly offered direct advice regarding liberating meditation that began with focusing on, questioning, examining, even challenging this Ego "I", this individual self.
Some selections in this vein include the following:
"The wisest thing for one to catch hold of this leading thought the "I" - thought, & dissect it - who & what it is - giving thereby no chance for other thoughts to distract one."
"I lay stress upon Self-Knowledge, for you are first concerned with yourself before you proceed to know the World & God."
"The Quest for the Self is a direct method.  The moment into movement of the Self-Inquiry & go deeper & deeper, the Real Self  is waiting there to take you in. Then whatever is done. is done by something else & you have no hand in it."
We only know that we exist by our consciousness of that fact.  Consciousness of existence is the soul non-dual reality and is not specific to imagined individuals, individuals who actually do not exist.  Each self imagining individual, however, accords greatest value to his or her own self one, one's own existence, survival, and the absence of signs or things that would threaten that survival.  This is actually because existence consciousness is identified with the purest bliss however much it may be covered over in the life of an apparent individual full return to that bless and identity as existence consciousness is called liberation, enlightenment.  We finish this time with selections from a great Maharshi disciple
When Self-realization happens, mind is no longer there. However, you do not get Self-realization by getting rid of the mind. It happens when you understand and know that the mind never existed. It is the recognition of what is real and true, and the abandonment of mistaken ideas about the reality and substantiality of this ephemeral shadow you call the mind.
This is why Bhagavan [Sri Ramana Maharshi] and many other teachers [Shankara, ,,,] kept bringing up the analogy of the snake and the rope. If you mistake a rope on the ground for a snake, the snake only exists as an idea in your mind. That idea might cause you a lot of worry and anxiety, and you may waste a lot of mental energy wondering how to avoid the snake or kill it, but this fact remains: there is no snake outside your imagination. When you see the rope, the substratum upon which your false idea of a snake is superimposed, the idea that there is a snake, and that it is real, instantly vanishes. It is not a real snake that has disappeared. The only thing that has disappeared is an erroneous idea.
The substratum upon which the false idea of the mind has been superimposed is the Self. When you see the mind, the Self, the underlying substratum, is not seen. It is hidden by a false but persistent idea. And conversely, when the Self is seen, there is no mind.
[to give up this false idea that the mind is real]
The same way that you give up any wrong idea. You simply stop believing in it. If this does not happen spontaneously when you hear the truth from a teacher, keep telling yourself, ‘I am not the mind; I am not the mind. There is no mind; there is no mind.
Consciousness alone exists.’ If you have a firm conviction that this is the truth, one day this firm conviction will mature to the point where it becomes your direct experience.
Consciousness alone exists. If you generate a firm conviction that this is the truth, eventually this firm conviction will become your own direct experience. Consciousness alone exists. That is to say, whatever exists is consciousness alone. Keep this in mind and don’t allow yourself to regard anything else as being real. If you fail and give even a little reality to the mind, it will become your own false reality. Once this initial wrong identification – ‘I am the mind, the mind is real’ – has happened, problems and suffering will follow.
Don’t be afraid of the mind. It’s a false tiger, not a real one. Something that is not real cannot harm you. Fear and anxiety may come to you if you believe that there is a real tiger in your vicinity. Someone may be making tiger noises as a joke to make you afraid, but when he reveals himself, all your fears go because you suddenly understand that there never was a tiger outside your imagination.

[The above themes & 1600 pages more are freely available as perused or downloaded PDF’s, the sole occupants of a Public Microsoft Skydrive “Public Folder” accessible through  www.jpstiga.com ]
Posted by jstiga at 9:00 PM