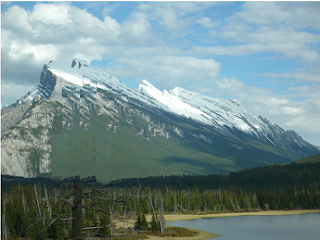 (26)
Hence, all seekers after Liberation
Should easily attain the certitude of the undivided Supreme and thereby remove
These differences of the Intellect that are the origin
Of an indescribable variety of fear and sorrow.
The removal of that thought of differentiation
Is the fearless establishment in the abode of Freedom from fear
And the attainment of bondage Liberation.

(27)
Except for those who have attained the certitude of
"I am Brahman", "Brahman is myself", "I all".
The Non-Dual state of Liberation, which is the undivided, Supreme Brahman,
Is not within reach.  This is so for all those
Who are obsessed with notions of differences
Of the World, the Supreme, you, this and such.
Only those, who have the certitude of "I am Brahman",
Will attain complete Liberation;


Established in the highest Awareness, which is of the nature of the indivisible Self, & which is free of a discriminating consciousness based upon discursive thought, my Mind's illusory cravings have ceased, & that enervated state dominated by suffering & deluded desire has come to its final end.

Through the arrogance of the Body-bound Ego, my Mind rushed hither &  thither until it was finally & irrevocably defeated, as my Consciousness merged into that glorious unbroken Awareness that is the Bliss of Being, which is the boundless expanse of the one true Self.

Attaining a vision beyond the reach of sight & an Awareness more subtle than the tiniest atom, I have become established in the Reality of the Self that shines unaffected by anything else.  And thus my Mind has merged with the Supreme in which there is no going, no coming, no connection with anything whatsoever.

In the Supreme that exists as the Self, free of all modification, the movements of my own Mind, realizing their True Nature in the heart as that radiant Supreme, entirely subsided, remaining absorbed in the Self as the Self.

Through being established in the Being-Awareness that is my authentic nature, I became free of the mental activity that caused me to act in accordance with the imaginary creations of a divided, Mind that was deluded by the thought of “I”  &  "this".

My Mind's activity along with my Ego subsided & fell into total abeyance so that, with no longer anything to experience or know, I rejoiced with the nature of the eternal & all-pervading Self as my sole object.


:Our knowledge of this "dimension" likewise cannot be the result of direct Perception, for Sensations are of surfaces. Nevertheless, the idea of depth is inherent in the Notion we have of surfaces, a surface without substance being quite inconceivable [~ bootstrapping dependent origination].  The Notion of Depth has its physiological basis in 2 parallel factors – the conventions of the Sense of Touch & binocular Vision  The second is impossible without the first. Binocular vision provides the stereoscopic effect, the appreciation of depth & distance.

This depends on the fact that the images of an object formed by each eye are slightly different & that these 2 images are presented simultaneously to the Brain without appearing double. The 2 distinct images, that is to say, 2 distinct Perceptions, come to appear in Consciousness as 1.  A similar process is performed in the Brain with respect to tactile Sensations, as can easily be verified.

The Skin offers a good instance of how our conventional reading of Sensations depends merely upon habituation.  A pencil slid between the tips of the Middle & Index finger is felt as one stimulus because these surfaces are normally adjacent & we have learnt to fuse their Sensations. But, if the fingers are crossed, surfaces which are never normally in contact are brought together & a pencil placed between them is now felt as "double".

In this case, association does not occur automatically, as is normal. Instead the 2 Sensations appear as 1 even though 2 separate Sensations are experienced.  If we did not have the testimony of our eyes or the knowledge of the experiment we were making, the 2 Sensations would remain, & in fact they are, quite discrete [separate].

This should now be applied to the faculty of grasping, in which the physiological basis of tri-dimensionality certainly lies.  But the Physiological aspect of Perception cannot be separate from the Psychological.

Detachment from thoughts  naturally arises when you are treating the thoughts as thoughts & not yourself.  When you do so, you no longer feel as though you are in that mode.  As for Suffering, such can be different from discomfort.  Pain is of the Body.  Truth is not an anesthetic.  It does not get rid of pain, at least not on its own level.  If we realize that there is no such thing as the World, & that the Uncreated alone is, we can say that pain has been obliterated, but not at the level of the Senses.  In Reality, we know there is no such thing as Pain, because there is no such thing as a World or a Body.  As a consequence, we do not suffer, even when pain occurs.  Obviously, infirmity & illness, & the onset of death cause pain, but they need not cause suffering.  Pain is the Sensation. Suffering is when you think you are the one who is encapsulated within that experience of pain.  Pain affects the Body.  When it seems to affect “you” such is called Suffering. Bliss belongs to the Self.  Bliss never belonged to the Body. Only pleasure & pain belong to the Body. Bliss is not pleasure.  Bliss is not pain.

Anything objective is some kind of “this”.  The more definition that you place upon "this," the more separate it seems to be. Where does the definition of "this" come from ? Actually, it derives from the definition of "I."  When you look out into the Universe, it is but a mirror of your own Self.  How you conceive of  “yourself “ determines how you conceive of  "this".  If you conceive of an "I" there is a "this".  Make the "I" embodied, & "this" becomes the "World," just as occurred in last night's Dream. Conceive of yourself as a Dream character with a Dream Body, & there is a Dream World & a relation between them. When you wake up, though, you know that there has been no Dream character, & there has been no Dream World; nor was there a Dream relation between them.  There was one Consciousness that was invisible, although it was the only thing really present during the Dream.  It was all your Consciousness, yet your Consciousness never became “anything”, neither in an unreal way, nor in a real way, nor as a play, nor as a wish, nor any other such thing.  It was entirely just Illusion. Illusion means that which is not.

"There is no Creation, no Destruction, no Bondage, no longing to be freed from Bondage, no striving for Liberation, nor anyone who has attained Liberation. Know that this to be Ultimate Truth."  –  the "no creation" , Shankara, Ramana,  – Ajata Vada
Posted by jstiga at 7:45 AM