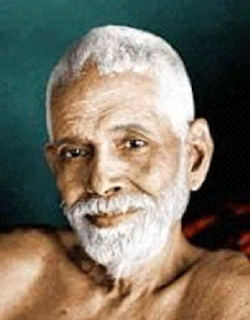 [in brief "No-Me Teaching" is primarily the Teaching of Nome, that is Master Nome. a no-physical-contact direct Disciple of Sri Ramana Maharshi in the Non-Duality no-physical-contact lineage Sri Dakshinamurti, Sri Ribhu, & Sri Shankara]
Preface – As just implied by "primarily", lesser additions by the author include analogies, side-notes & a secondary "dream" mission of "saving the World."  Advaita Vedanta, the Teaching of Non-Duality, posits a Dream–status for the ""World” so that "saving" it is to be understood within that stipulation.  So long as a "World" is experienced, then "doing the right thing"[1] is included among the better strategies for awakening from the Waking State Dream staged in that World.  "Saving" that World to what ever degree possible, taking however long, remains of way of "doing the right thing."  Despite the "primarily" part, we start off with one of those author–analogies to explain some of the emphasis on the "no-me" part, & emphasis on the Waking State Dream character of the World, & then only after some explanation of "saving the World."
Saving the World – After the immediately following Container Concept analogy (in partial explanation of the "no-me" part), there follows the briefest beginning of Master Nome’s "no-me" Teaching.  But first we notes some ground-breaking on his also–ongoing topic of the nature of Happiness. The short of it is that every breath we take, every turn, Right or Left, every thought & action has for its reason some incremental increase in Happiness (or move that way) or decrease / prevention of un-happiness. Because (as Nome’s Teaching continues to explain throughout) the nature of Happiness is misunderstood, "doing the right thing" (on many levels) often does not occur. The "good" that is done by "good people" is unconsciously on-target, a possibility because everyone is in essence, Divine.  Oversimplified, "saving the World" entails (as much as possible) inculcating. more widely, a better understanding of the nature of Happiness, along with encouragement & techniques for "doing the right thing" & more importantly complete Enlightenment, Awakening, Liberation, Self-Realization, or God-Realization (nirvana, moksha, etc.).
The Graph’s particular 2-D Space is also the TV or Cinema Screen, the Visual Screen of Image in the Mind (or on computer) [with 3-D suggested by perspective as in a drawing]. This one same empty expanse is the Container Space for all the big-category concepts & is repeated for each one.  Empty Space is like empty Time or empty Mind, all just thought, & essentially the same thought.  We’re just not used to recognizing that similarity because we project Space & Time to be more than the thought of them. We project them to be objective realities "on the outside". 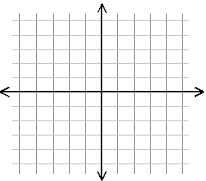 Container Concept –  "Empty graph paper" represents is the Cartesian Container–Coordinate–Space, the core constituent sub-concept of our analogy.  [Descartes’ Graph reflected that sense of a "Space" with the grid from fishnets & later Greek geodesy (latitude–longitude).]  The 2-D [2] school-days "graph", generalized to a limitless 2-D Space, models the 2-D "Visual Screen" of Image in the Mind, our window or windshield through which we look out in Perception or Imagination. We essentially duplicate the same is as artwork, the Cinema Screen, or TV, & later the computer monitor.
Perspective allows suggestion of 3-D which itself can be actualized in solid for or hologram in Space (or in a computer program), but present issue is well illustrated for 2-D & can be generalized for 3-D, 4-D, 1-D, & 0-D. That "issue" is the relationship between (x,y) Coordinate Points throughout the Container Space & the Reference Origin (0,0) at the "center" of the graph, at the crossing of the measuring Axes.
Taking the 2-D "Visual Screen" of the Mind for one example, we note that each location on that Screen, each (x,y) Coordinate Point in that Container Space is referenced, measured, defined in relation to that Reference Origin (0,0).  In any given Container Coordinate Space of Mind (any dimension) with Thoughts represented as Coordinate Points, the defining Reference Origin (0,0) represents the Ego–"I" or "Me". Thoughts include Concepts & Percepts, with Percepts being all we can "swear to" regarding a World.  We may presume that Percepts correspond to real Objects in a World, but we can never know that for sure, or not. In fact, those Enlightened Sages, with access to greater Knowledge, assure us that in fact no real objective World corresponds to those Percepts.  In either case, all we "know" about the World, via those thought Percepts, is "known" only in relation to the Ego–"I" or "Me" Reference Origin.  Something is left or right, big or small, near or far, good or bad, & so on, only in relation to "Me".
Try to visualize a "chair" or any given object from "no perspective" whatsoever, in relation to no Reference Origin at all.  Impossible !  We might entertain some vague "aerial" – oblique view, but it must be some viewpoint or another.  Likewise, all seeming known Objects & Thoughts "contain" nested within the Concept or Percept, the Ego–"I" or "Me" Reference Origin.
Again, in brief, we must say that there is no "real" objective World corresponding to the Waking Dream impression of such.  This is so, as will be show throughout this No-Me work, that because there is no "Me" there is no "real" objective World corresponding to the Waking Dream impression of such.