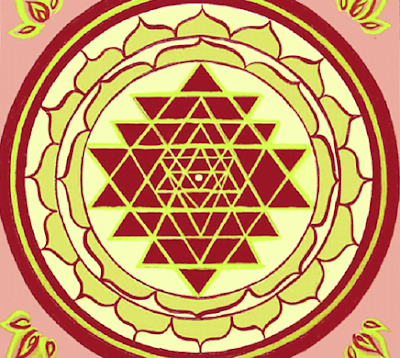 Some places are considered "holy" & seem to especially support & foster Self-Inquiry & spiritual practice generally. Wherever Truth shines may become known in this World as a holy place. That effect is difficult to explain, yet there are Scriptures that have mentioned this. The effect of being in such a place is known by those who are there. But what is it that they experience when they are in that place or in such holy company ?  They experience something that goes beyond the boundaries of Time & Space. The effect is not really something in this world. World–less, Time–less, & Space–less, the pure Existence is what they experience in a "holy" place

That would be a call for the examination of "that" with which you are mis–identifying or to which you are attaching yourself.  If one is not experiencing the fullness of what is experienced in some "holier" place, it again is mis–identification.  At the same time, the advice given in various Scriptures & by Sages & Saints is that one should never permanently abandon any support which supplies such experience. That could be the holy place, the holy company, the Self, or any combination thereof.  It depends on the practice & spiritual approaches of the seeker in question.

All actually belongs to, actually is the un-changing Self.  Nor can it even ever belong to another. So it is because the very conception of "another" is a product again of Ignorance. The notion of an individual, separate "I" is the very epitome of such Ignorance.  Though unreal, such Ignorance seems to "veil" the Truth.  This unreal Cause yields an unreal Effect, that of apparent "bondage".  Therefore it is imperative that Ignorance be destroyed so that no obscuration of the Self is experienced.  Ignorance can be destroyed by True Knowledge alone, & by no other means.

“There is no Creation, no Destruction, no Bondage, no longing to be freed from Bondage, no striving for Liberation, nor anyone who has attained Liberation. Know that this to be Ultimate Truth.”
–  the “no creation” school of Gaudapada, Shankara, Ramana, Nome – Ajata Vada
for very succinct summary of the teaching & practice, see:  www.ajatavada.com/
Posted by jstiga at 6:56 PM