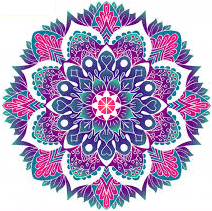 
The Mind can tell you everything about "everything", because everything is entirely in the Mind. It cannot tell you anything whatsoever about the Self.  If the Mind attempts to look at the Self, the Mind loses its form & is swallowed up in it. You alone can know your Self; an "other" cannot do so. The Mind is such an "other".  The Mind is only an instrument, inert, & not capable of seeking.  Self-Knowledge cannot be "taught" by an "other".  Sri Ramana Maharshi was immovable in the absolutely solid Knowledge that there is only one Self, without an "other".


"realized".  Therefore the effort to realize results only in your "realizing" your present mistake – that you have not realized your Self.  There is no new Realization. The Self becomes revealed.

for very succinct summary of the teaching & practice, see:  www.ajatavada.com/
Posted by jstiga at 8:58 AM