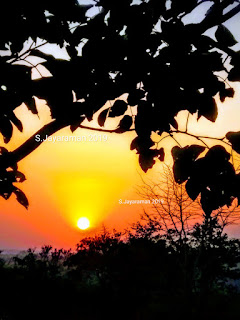 The only Existence that is at all times & under all conditions is our own Essential Existence, which we always know as "I exist".  Not only does it exist at all times & under all conditions, but it also exists unchanging, without ever undergoing any change.  In contrast, the "existence" of all other things appears & disappears, & constantly undergoes change.  Moreover, unlike all other things, our own Essential Existence always knows itself, & does not depend upon any other thing to be known.  Therefore it is the only Existence that really is.

Our own real & Essential Existence is always single, Non-Dual & in-divisible, & since nothing exists apart from Existence. Existence is Infinite & includes all things within itself. Therefore what Sri Ramana & other Sages tell us about their experience of true Self-Knowledge, namely that they know them selves to be the one & only truly existing Reality, whose nature is Beginning-less, End-less, Eternal, Undivided, Non-Dual, & Infinite Existence, Consciousness & bliss, is not as fanciful & far-fetched as it may initially appear to be.

What the Sages experience as the Truth of their own Real Self or Existence is also the Truth of our own Real Self or Existence, because our Existence is no different from their Existence. We appear to be separate from them only because we mistake our Self to be a finite Body, but even when we mistake our self to be such, we still know our Essential Existence as "I exist".  In Reality, therefore, what each & every one of us experiences as "I exist" is the One Eternal, Un-Divided, Non-Dual & Infinite Existence.

The fundamental difference between the experience of Sages such as Sri Ramana, who know them self to be the One Infinite & Undivided Self-Conscious Existence, & the experience of those of us who imagine our Self to be anything other than this One Infinite & Un-divided Self-Conscious Existence, which is our True & Essential Self, lies only in the limitations that we imaginarily superimpose upon our truly Infinite Existence.

Also related to these topics, there are now 8 Kindle books on "Amazon.com", reference-able by the author "John Stiga", each indicated as non–copyrighted, public–domain, & priced at the minimum $0.99 each.
Posted by jstiga at 8:05 AM