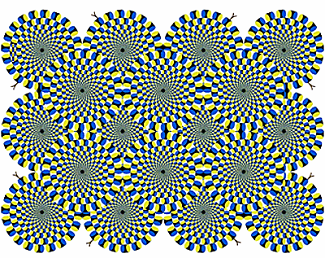 We should understand the un-reality & insubstantiality of our Mind, because only then will we be truly convinced of the fact that the only means to overcome our Mind & all its self-delusive tricks is to ignore it by attending only to our Real underlying Consciousness – our
Essential Non-Dual Self-Consciousness "I exist".  Therefore, before investigating the Nature of our real Consciousness, let us first investigate the nature of this un-real Consciousness that we call our "Mind".

Nature of Our Mind:

We call our "Mind" is just a limited & distorted form of our Original & Fundamental Consciousness "I exist" – a spurious form of Consciousness that identifies itself with a particular Body, & that appears to exist only in the States of Waking & Dream, & disappears in Deep Dreamless Sleep.  Since this Mind is the primary obstacle that stands in the way of our knowing our Self as we really are, we now examine it more closely. What is the nature of this limited & distorted form of Consciousness that we call our "Mind"?

Because the fact that all our perceptions are only thoughts is so important, we examine it a little more closely, using the example of Vision.  According to the "scientific" explanation of the process of Seeing, light from the outside World enters our eyeballs & stimulates electrochemical reactions in the light-sensitive cells at the back of them.  These cells then stimulate a chain of
further electro-chemical reactions along our Optic nerves, & these in turn reach our Brain & cause more electrochemical activity to take place there.

Also related to these topics, there are now 8 Kindle books on "Amazon.com", reference-able by the author "John Stiga", each indicated as non–copyrighted, public–domain, & priced at the minimum $0.99 each.
Posted by jstiga at 8:41 AM