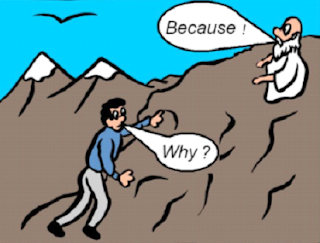 Thus far the Mind–Brain process is very clear-cut & simple to understand.  But then something mysterious  happens.  Our Mind, which is a form of Consciousness that interfaces with our Brain, then somehow interprets all this electro-chemical activity by forming images within itself that we believe to correspond to the shape, color & size of external objects, & to their relative distance from our Body.  But all we actually know when we see something is the image that our Mind has formed within itself.

Our belief that such images correspond to actual external objects, & all our scientific explanations of the supposed process by which Light from those objects stimulates our Mind to form such Umages, are also only Images or thoughts that our Mind has formed within itself.  The same applies to all the Images of Sound, Smell, Taste, & Touch that our Mind forms within itself,
supposedly in response to external stimuli.

Therefore all that we know of the external World is actually only the Images or Thoughts that our Mind is constantly forming within itself.  Do we not have to accept, therefore, that the World that we think we perceive outside our self may in fact be nothing other than thoughts that our Mind has formed within itself, just as the Worlds that we see in our Dreams are ?  Even if we are not ready to accept the fact that the World may actually be nothing but our own Thoughts, must we not at least accept the fact that the World as we know it & as we ever can know it, is indeed nothing but  thoughts ? [ala George Berkekey etc.]

All the other thoughts that are formed in our Mind are constantly coming & going, rising & then subsiding, but the thought "I" persists so long as our Mind itself persists.  Thus the thought "I" is the root of all other thoughts, & is the one Essential thought without which there would be no such thing as "Mind" & no such action as "thinking".

Also related to these topics, there are now 8 Kindle books on "Amazon.com", reference-able by the author "John Stiga", each indicated as non–copyrighted, public–domain, & priced at the minimum $0.99 each.
Posted by jstiga at 3:29 PM