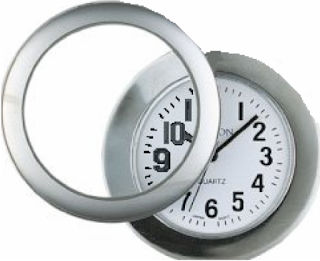 
Even in illusory Samsara, the perceived or felt sense of "vividness" comes from Reality. The Ego– "I" & the Universe both seem "real". The source of their seeming "reality" is Reality itself. The One appears, as "many", as "I", as "this", as the "Seer", & as the "seen",” & as "the light" – the illumination by which the "I" perceives "this". This One "thing" became the Knower, the Knowing, & the Known. Whether we comprehend that all this is really One or we comprehend that the One has become all this, the emphasis is not on "all this" but on the One. One Reality appears as you & as the Universe. One Reality appears as your apparent ability to know & to cognize the World, or Universe.  Yet that One has none of the limitations of the Subject or the Object.  Look for this One within you.  It is not a "thing".

The Self is silent & un–touched, endowed with the Supreme, solitary power of Reality.  The Self does not contend with thought, as if thought were an enemy with its own power. Self-Inquiry entails freedom from the pursuit of delusive thoughts that, in the form of tendencies (vasanas), form the Illusion (samsara).  Self-Knowledge is not merely a blank Mind in which thought activity is temporarily stilled.  For Self-Realization, one should know the Self's freedom from thought & the True Nature of the Mind.  Inquiring: "For whom is this thought ?"  "For whom is this Mind ?", one should seek Knowledge of the Self, beyond all mental modes & states.  Inquiring: "Who am I ?" one should know true Existence, interior to any thought, more Formless than any thought, Transcendent of all thought, & ever free from all thought.

In the Parable, Ten Foolish Men forded a stream & on reaching the other shore wanted to make sure that all of them had in fact safely crossed the stream. One of the 10 began to count, but while counting the others left himself out. "I see only 9.  Sure enough, we have lost one.  Who can it be ?" he said.

"Did you count correctly ?" asked another, & did the counting himself.  But he too counted only 9. One after the other each of the 10 counted only 9, missing himself.  "We are only 9" they all agreed, "but who is the missing one ?" they asked themselves.  Every effort they made to discover the "missing" Individual failed.  "Whoever he is that is drowned", said the most sentimental of the 10 fools, "we have lost him."  So saying he burst into tears, & the others followed suit.

Seeing them weeping on the river bank, a sympathetic wayfarer inquired about the cause. They related what had happened & said that even after counting themselves several times they could find no more than 9. On hearing the story, but seeing all the 10 before him, the wayfarer guessed what had happened.  In order to make them know for themselves they were really 10, that all of them had survived the crossing, he told them, "Let each of you count for himself but one after the other serially, 1, 2, 3, & so on, while I shall give you each a blow so that all of you may be sure of having been included in the count, & included only once. The 10th missing man will then be found."

Hearing this they rejoiced at the prospect of finding their "lost" comrade & accepted the method suggested by the wayfarer.  While the kind wayfarer gave a blow to each of the 10 in turn,
he that got the blow counted himself aloud. "10" said the last man as he got the last blow in his turn. Bewildered they looked at one another, "We are 10" they said with one voice and thanked


the wayfarer for having removed their grief.

“There is no Creation, no Destruction, no Bondage, no longing to be freed from Bondage, no striving for Liberation, nor anyone who has attained Liberation. Know that this to be Ultimate Truth.”
–  the “no creation” school of Gaudapada, Shankara, Ramana, Nome – Ajata Vada
for very succinct summary of the teaching & practice, see:  www.ajatavada.com/
Posted by jstiga at 6:12 AM