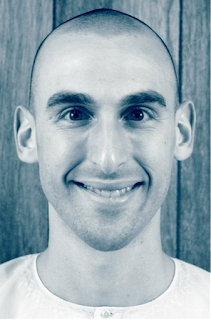 
If there is an Ego–"I", there must be a source or a cause of it, & for that which is before the "I", there originally was no "I".  If we consider the Universe as existing or appearing, & if we consider the Ego–"I" as existing or appearing, there must be a Cause, or Essence, that appears as these very "things".  The Cause appears as the Effect. The Effect is only the Cause in that guise.  The original Cause, which is before "all", is Undifferentiated & One.  What then is the nature of the Effect ?  As Reality was originally, so it is now and always. What Power is it that creates the "I" in everyone ?  What is the Power that can bring forth the entire Universe ?

The Ego-"I" knows thought; but thought does not know the "I"."  The true "I" is the unknown Knower of all knowing: this is true Knowledge. None of the attributes of thought are those of the Self.  How then can thought pertain to the Self ?  How then can thought define or confine the Self ?  The Self is free from thought.  Thought can never conceive of the Self.  The Self is never an object of thought.  Thought always has an "objective" element in it.  The Self is ever non–objective.  There is no such thing as a "non–objective " thought.  Since the thought itself is always known & it is always the "thought of something", be it gross (physical) or subtle (mental).  The Self is never an object & can never be the Known.  It is always Consciousness itself.  Therefore, the Self is ever of the Nature that is Transcendent of thought.  The Self is not known by thought, which means it is ever un–defined by thought & cannot be bound by thought, no matter what the thought is.

You may take up this or that spiritual practice to transcend non-existent limitations.  But if your spiritual practice itself assumes the existence of the limitations, how can it help you to transcend them ?  You are really the infinite Pure Existence, the Self.  You are always that Self & nothing but that Self.  Therefore, you can never be really ignorant of the Self. Your Ignorance is merely an imaginary Ignorance, like the Ignorance of the 10 Fools about the lost 10th man. It is this Ignorance that caused them grief.

“There is no Creation, no Destruction, no Bondage, no longing to be freed from Bondage, no striving for Liberation, nor anyone who has attained Liberation. Know that this to be Ultimate Truth.”
–  the “no creation” school of Gaudapada, Shankara, Ramana, Nome – Ajata Vada
for very succinct summary of the teaching & practice, see:  www.ajatavada.com/
Posted by jstiga at 6:48 AM