Going Back To Some Basics part 4 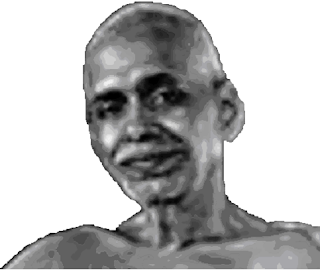 When last we touched on the history of various dimensions Spaces we use here in a model of  "Self" & "Other" Duality, we saw how the Egyptian pyramid builders took the fisherman’s knotted anchor line, related to the knotted network or the fishing-net, took that measuring line to be a Number-Line for building. The knots was a 0-D Space like Ego & Now Reference Origin Points for the 1-D Spaces of Thought-Flow & Time.  Words & Sounds are modeled by similar 1-D Spaces. Well, given those 0-D Spaces & 1-D Spaces, we continue to a prominent 2-D "screen of the Mind", the "windshield" through which we imagine each coming encounter with the World.  Vision too shifts from a 2-D "screen of Vision" into 3-D focus.  Likewise the 2-D "screen of the Mind" scan of Imagination holds up to fill out a full 3-D "inner theater of the Mind". 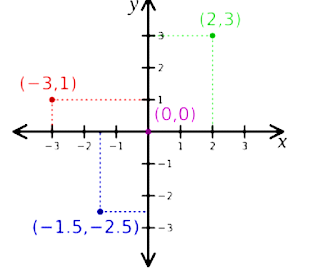 As is with 2-D Imagination & Vision, for the 3-D counterparts that are ultimately modeled by "Physical Space", the Reference Origin becomes spatial Here instead of temporal Now of 1-D Spaces.  Thought flow may be 1-D, referenced to Now like Time & Sound, but Imagination is 2-D & 3-D, referenced to Here, like Physical Space.  And what is referenced, the other Coordinate Points, are therefore Locations rather than Moments along the Number-Line or Time-Line of Time, or Thoughts within the Flow of Thought constituting the Mind, at least in the 1-D sense.

We take this further next time, but before passing by 1-D Time, we need to review the promised  meditation on the "3 times".  Similar to McTaggart’s  A & B theories, our review starts with enumerating 3 "times": Past, Present, Future.  What is Past is gone-by, never to be experienced again.  What is Future has not yet come to be.  So if there is to be Reality, it would seem to necessarily be found in the Present.  But if the Present should be seen to vanish, what then of Reality?  Not found in Time anyway.  Now watch the Present vanish.

Take a Planck Quantum of Time, about ½ of 10–43 sec, take that bit of Time into the Future – still no Reality because it has no come to be.  Go the same interval into the Past – well again, that’s gone.  However thin we want to slice Past & Future to make a "sandwich" of the Present, we find nothing yet existent, or still existent.  That thin sliced "sandwich" of the Present vanishes, with no Reality left in it.

Before continuing with our Coordinate Space model of imagined Reality, we again continue to scrutinize the key-identity-notion of the Body as discussed by Master Nome.

The notions of an existent Body & that the I is the Body are only delusion, utterly dependent upon the conception of such. The Self is self-existent & not a notion or a product of a concept. The Self is naturally, without effort, thought, notion, or becoming anything other than what it is, the "I".

Therefore, the Self is not the Body. The Self is bodiless, immutable, indivisible, ,unborn, undying, indestructible, ever-existent, continuous, formless, partless, beyond the elements or matter, non-dependent & self-existent forever. This is beyond all doubt.

In simple terms, the singular Non-Dual Self is "God-like" while the Body is an animated corpse.

The Eleatic Greek philosophers who we will soon reference for the topic of "Gaps" are also our source for denial of "motion" itself as an illusion [especially Zeno].

This alone is truly Liberation from karma, which can never be achieved within the context of the "I am the Body" notion  & its corollary concept, “I  am the doer.” All physical experience, from birth to death, inclusive of everything between, is only for the Body.

We crave Existence & fear Death because we intuit that Existence itself is Bliss if we but knew it to be so,

[The above themes & 1600 pages more are freely available as perused or downloaded PDF’s, the sole occupants of a Public Microsoft Skydrive “Public Folder” accessible through  www.jpstiga.com ]
Posted by jstiga at 11:27 PM