Going Back To Some Basics part 5 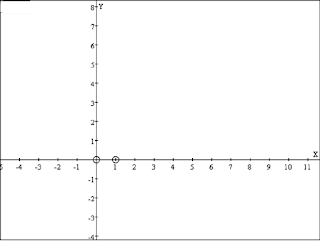 What is Coordinate Space? we find a simple inner image of the Mind & also of the Universe’s vast Outer Space. Both images are of an essentially empty, formless Void, without boundary or inherent location, veritably infinite ∞.
To get to  ∞–D  we started at 0-D Space, the perfectly Infinitesimal Point, followed “up” by Extension for a virtual Quantum Fluctuation within a Planck quantum of Time, barely nudging into the 1-D Space of a infinite Line, which upon bending extends onto the infinite 2-D Plane. Not perfectly flat, the 2-D Plane warps & buckles into 3-D Space, & then with Time, a 4-D Space–Time, & then higher String Theory dimensions to Infinity as each bend, warp, or wrinkle invades a next higher-D Space. Beginning to end, the series is bracketed by interplay of  0 – ∞, Zero–Infinity Duality.
Indian Philosophy considers the Ego–self as the infinitesimal bindu 0-D Point. By analog duals, this bindu is the inverse of akash, the vastu the vast (actually translated as Reality), infinite-dimensional Ananta, the Infinite, like the Greek Apeiron, the All. The All in turn is the obverse of the zero point binding bindu. The interplay of these 2 extremes, in Cartesian Coordinate Space terms, dictates that the Container has no measurable size or locations without the reference Origin.
Consider oneself as if an invisible 0-D dimensionless & infinitesimal Point of View called Me, suspended as it were, in vast boundless Space. Are you near, or are you far? “From what?” you might well ask. How can you tell with no other point for comparison? Given some Other, another point in the Space, you are still at a loss to respond to the implicit how near/how far in any near–far query.
Coordinate Space references position & motion by establishing relative distance along x  & y dimensions. Keeping track of positive & negative direction further completes relative distance to a relative displacement. In this way we get an answer to how near, how far.
The Reference Origin Point establishes the absolute numerical value or Coordinate Position of any Point in the Coordinate Space. Furthermore, with the absolute numerical value for our starting point, that is with respect to this Reference Origin, we address the preceding relative displacement question of “near / far” to where?
In the first case, we see that any Point & Location within a Cartesian Coordinate Space Container has that Location specified, firstly with reference Origin, a 0-D dimensionless & infinitesimal Point by which all other points are defined. Since the mathematical structures Coordinate Space  &  Reference Origin are so Objective, even if they could vaguely reflect Brahman  &  Atman, by their Objectivity, they do better at standing in for Mind & Ego, or Universe & Individual. 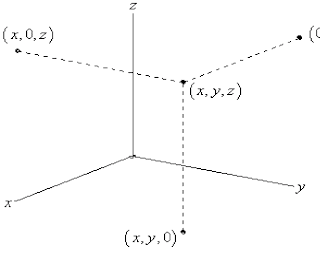 [The above themes & 1600 pages more are freely available as perused or downloaded PDF’s, the sole occupants of a Public Microsoft Skydrive “Public Folder” accessible through  www.jpstiga.com ]
Posted by jstiga at 6:31 PM