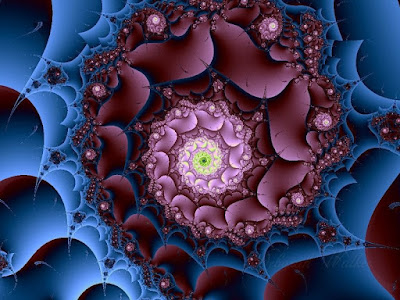 What & where is the Ego ?   One should inquire into this deeply to realize the natural non-Ego state which is blissful & free from all Bondage & Suffering.  The Ego is merely a false notion – a bare assumption – of Individuality, of a separate "I", which is the supposition of differentiation from the Absolute.

The Ego has no form of its own, & so to appear in any way, it creates an illusion of Form & attaches itself to such Illusion, such Form.  The Ego itself appears as the mis-identification with an attachment to the unreal forms of the Mind, the Senses, the Body, & the World.  Thus in the course of spiritual practice, when one destroys these mis-identifications & attachments, the Ego dissolves.

The "I" notion is the separate experiencer, the individual Knower, the embodied entity, the Doer of action, & the notion of an "other".  The Ego itself is the concept of a separate Universe in which it the Ego – "I" supposedly exists.

Upon The ego is based the illusory differentiation of the World, the Individual, & the Supreme (jagad – jiva – ).  The 3 are not 3, but rely but only that, the Non-Dual Self.  Only with the Ego does the 1 appear to be 3.  The Ego appears as it is conceived.

The World & thought are unreal, & so is the Ego.  One sees the Ego's guises & its appearances.  Where is the Ego's existence ?  One sees the Ego's effects, but where is the cause of the Ego ?  If the Ego is real in any manner, it should be actually experienced.  If the Ego is an entity, it should exist somewhere.  If the Ego itself is in Effect, it should have a Cause.  One should inquire to determine if the Ego exists at all.  Is the Ego actually experienced ?  The Ego has neither shape nor size, & it has no physical attributes.  The Ego is never sensed, for one never sees, hears, touches, or has any other sensory impression of the Ego.  The Ego is not simply the word "I", nor the particular thought of "I".

Realized Sages who are fully identified with the true Self alone, may still say "I", but they neither give rise to nor retain any Ego.  The Ego has no form of its own & is never seen by itself as it is.  Though the Ego is an assumption of a division in Existence, how can Existence be dual or be divided in itself ?

The Ego – "I"  is not a quality or attribute of the Self, since it is not invariably related to the Self.  It does not continue in Liberation nor in Deep Dreamless Sleep.  Since it does not so continue in must belong to something else, & not to the Self.

To what does the Ego belong?  If one inquires one will find that the Ego belongs to nothing.  The Ego cannot belong to what depends on it, & the attribute of the Self, being homogeneous & never changing, will never have an Ego at any time.