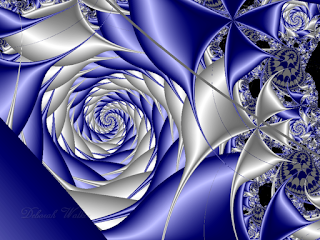 Self-Inquiry reveals the sense–transcendent Self.  It is in this light that Discrimination is the understanding that Brahman (the vast Absolute) is Reality (satya) & the material World is false (mithya). This becomes experientially understood.

This process of Discernment, from the most basic to the finest Discrimination, actually uses something inherent in & natural to everyone.  Everyone knows if he is happy or not. Everyone knows that he exists. How is it that everyone has this intrinsic Discernment ? It is because Knowledge is of the very nature of the Self. The aspirant for Liberation can very well use this intrinsic ability to Discern, an ability that is interior & unfailing, for the purpose of Self-Inquiry to know the Self.

To commence Discrimination, one may start Meditation with what are seemingly simple questions, such as, "What is the source of Happiness ?  What is Eternal ?  What is Real? Who am I ?"  Though simple & basic, these questions remain extremely useful continually in the practice. The significance of these questions deepens in direct proportion to the depth of Discrimination.  Discrimination may very well manifest as a sorting process, with more emphasis usually on the negation of what is not Eternal, not Reality, or not the Self.  The result lies in the Eternal Reality of the Self being left un-obscured & Self-evident by virtue of this Discrimination.

The Discrimination should also be applied to one's view of Realization in order to free such of Dualistic conceptions. Furthermore, the Discrimination must be applied to one's own practices in order to sort out what is actually useful & what not useful in the effort to realize the Self.  Considering how short life is & how important it is to apply oneself fully, it is imperative to, again & again, clarify one’s comprehension of the Path so that effort is wisely applied & useful.

The distinguishing of what is helpful & what is a hindrance to spiritual development is a result of Discrimination. The spiritual Discernment of what action is beneficial & what is deleterious, the law of karma, as well as transcendence of karma, which can occur only in Knowledge & not physically or in bodily terms, are all a result of Discrimination.

The distinguishing of the causes of emotional moods & how to liberate oneself from them is also a result of Discrimination. The Discernment of mental tendencies & concepts & dis–identifying from them is a matter of Discrimination as well. The destruction of the Manifest Egoistic tendencies or mis–identifications & the Realization of the absence of the Ego altogether is of the nature of discrimination. All the aspects of liberating oneself from mis–identifications, or super–impositions of the non–Self upon the Self, & ascertaining what is true about the Self –  all depend upon the ability called, "spiritual Discrimination".  The significance of this Discrimination viveka & the actual experience for those on the path of Knowledge are far-reaching.