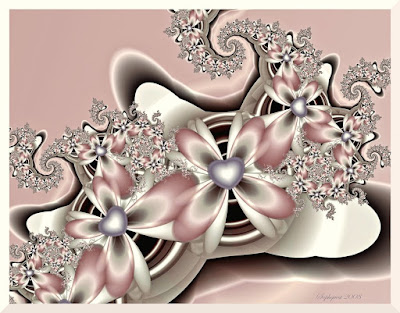 Self-Inquiry reveals the invalid nature of all personal definitions, the Formless nature of Reality, & that the Ego is nothing but a false assumption whose nature is non–existence. When all that is unreal, not the Self, is removed, the real Self alone remains in its own Knowledge of itself – Self-Knowledge, which is devoid of such differentiation as the Knower, the Knowing, & the Known.

Self-Inquiry is the essential practice. The success of any spiritual practice in yielding Freedom & Peace is directly proportionate to the relinquishment of mis-identification, the dissolution of the Ego or false notion of Individuality, that occurs in mis-identification. Self-Inquiry does not include any of the Duality that one is attempting to transcend.

Supports for Self-inquiry are actually more than supports; rather they are integral to the whole experience of inquiring to know the Self.  In Advaita Vedanta, they have been referred to as the "requisites" for Realization or the 4–fold–sadhana (practice) Sadhana Chatushtaya for Realization or Liberation. These were expounded in the clearest teachings of Non-Duality & Self-Knowledge, known as Advaita Vedanta, by Sri Shankara,  These practices relate to the attainment of Knowledge & the dissolution of the Illusion of ignorant Dualisty & its consequent Bondage & Suffering. Thus is realized the natural State of the Self, Brahman, which is pure Existence-Consciousness-Bliss.

If Sadhana Chatushtaya's 6–Essentials shatsmpati were represented as "dama etc." then one mnemonic for the 4 Requisites could be the "4 D's" namely: D – iscrimination, D – etachment, d – ama etc. D – esire.

Alternately, if the 6–Essentials "uparati etc" were represented as "uparati etc." then one mnemonic for the Sanskrit term could be the "2 V's & 2 U's" [reversing the alphabetical order o the 3 letters] namely: V – iveka, V – airagya, u – parati. 3 u's – in mUmUkshUtva.

As for 6–Essentials shatsmpati themselves, one mnemonic follows a specific choice for the various English equivalents, namely: sama E – quanimity, dama E – limination (of sense seeking), uparati  E – scape (from of sense attachment), titiksha E –  ndurance, shraddha E –  ka Grta one pointedness, samadhana E – ecstasy or samadhi.  Given these specific equivalents, the mnemonic for the 6–Essentials becomes the "6 E's" (as in E for E – ssentials).

Each of the 4–Requisites requisites is helpful to the Self-Inquiry to know the Self.  Each of the 4–Requisites supports the others.  Though one requires Discrimination to become Detached (otherwise, one will not perceive who is to be detached & from what to be detached).  It may be the Desire for Liberation coupled with Conviction in the teachings that give rise to that Discrimination, which is further strengthened by Meditation & expressed through some kind of Renunciation on a basis of peacefulness or Equanimity. Each of the 4–Requisites may be considered separately, or they may be considered as one whole.  These requisites for Realization are to be understood, meditated upon, & practiced within the context of Non-Duality for the purpose of Self-Realization.

The 4–Requisites for Realization are taught with special relevance to Self-Inquiry, the introspective determination of the True Nature of one's own Self, which is the
Absolute Self.  The significance of them & the actual experience of them for those on the path of Knowledge are far-reaching.

for very succinct summary of the teaching & practice, see:  www.ajatavada.com/
Posted by jstiga at 8:17 AM