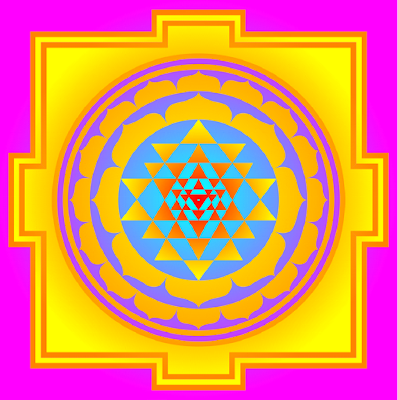 In Self-Realization, all notions about the Absolute & the Self are relinquished. Notions about the Absolute are such as that it is separate from oneself, or objective, & that it is always-present. Notions about the Self are such as that it is endowed with Form, minuteness, that it is changeful, material, embodied, defined by thought, in Time, or endowed with Individuality. For Knowledge, the superimposition of the jiva–hood (concept of individuality) is removed from Atman (the Self) & Isvara–hood (idea of the Lord God) is removed from Brahman (the Absolute). Upon removal of such superimposition, or Ignorance, one realizes the Identity, as declared in the Upanishad, Tat tvam asi (Thou art That). If the Self remains undefined, it is only Brahman, & That alone. Therefore, one should know the Self.

The Knowledge of Reality, which is the Realization of the Self & the Realization of the Absolute, is attained by the direct path of true Knowledge. By liberating oneself from the mis-identification with what is not the Self, one knows the Self. When the Real Nature of what has been considered as the non-Self is seen, it invariably proves to be non-existent, for such non-Self was dependent upon mis-identification in order to even ever appear.

Blissful & Eternal is the Real Self. One should regard only that which has no beginning or end, is ever existent, is unchanging, is transcendent of all that has Form, of all that changes, & all that is in Time. The Self is also continuous & undivided as Real & one’s own true Being. By this Knowledge, one abides in the , which is the only of the Self. The Self may be said to call unto itself, as the Sought & as the Seeker; as the Guru & as the disciple; as God & as the devotee. The Self seeks itself in meditation. The Self reveals itself as inner experience. The Self knows & abides in itself for blissful Eternity.