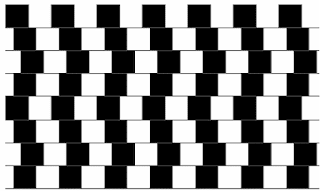 The basic premise of Non-Duality is that the Absolute exists & that the Absolute is identical with oneself.  Therefore, Self-Knowledge is equated with the Realization of the Absolute.  The basic premise of spiritual practice is that one knows that the Absolute exists & that realizing the Absolute is of utmost importance. This realization is Self-Realization. What is need for this Self-Knowledge, or Realization, is the relinquishment of the assumptions or concepts, that yield the Illusion of Bondage & Suffering.  Knowledge of one’s Being, as it is, yields enduring Freedom & Peace.  The true Self transcends the limitations of any kind of Individuality, Time, Birth, & Death. The Self is impersonal & is not confined to any Body or Individual.

One’s approach to one’s spirituality, meditation, & this Non-Dual Knowledge is of paramount importance, for the approach very much determines the experience. How one views anything determines how it appears to him.  Clarification of one’s understanding of oneself causes one to arrive at Self-Knowledge. To know this as being so, is itself the dawning of that Self-Knowledge.  Deep meditation dissolves the Ego, Ignorance, & Bondage of one who ardently meditates. Self-Inquiry within oneself to know oneself reveals the true Self to be limitless Consciousness, Absolute Being, & unconditioned Bliss.

This one’s very Existence.  One should continue meditating on the Teaching of Self-Knowledge by the practice of Self-Inquiry until one conclusively realizes the Self & abides without the least trace of Ignorance or Bondage. Listening (sravana), reflection (manana), & deep meditation (nididhyasana) are said to constitute ways of practicing Self-Knowledge.  Self-Inquiry: "Who am I ?", knowing oneself free of mis-identification, & steady Abidance as the Self always, these are the inner experiences of listening (sravana), reflection (manana), & deep meditation (nididhyasana).

Also related to these topics, there are now 8 Kindle books on "Amazon.com", reference-able by the author "John Stiga", each indicated as non–copyrighted, public–domain, & priced at the minimum $0.99 each.
Posted by jstiga at 4:11 PM