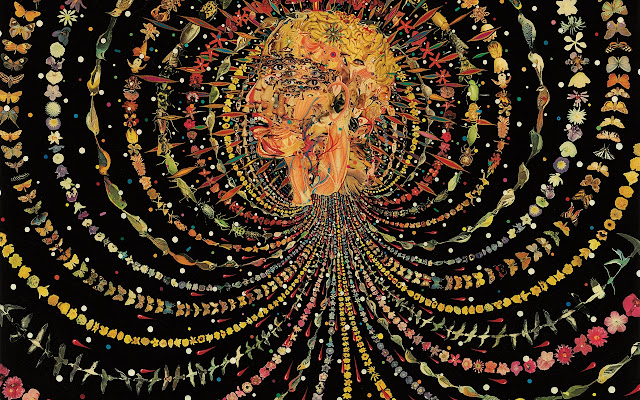 In one's spiritual practice, one necessarily has a view of what the Absolute is, be it a set of ideas, or result of inner experience. The deeper the experience, the more transcendent the notions, and the more Non-Dual they are.

In UQD Un-Qualified Duality view asserts that the absolute is one thing & oneself another.  There is God, by whatever name called, & there is a separate soul, by whatever name called.  These are regarded as different in every respect.  Though there may be similarities, such as both lasting forever, they are regarded as different, as 2 distinct objects. With such an approach one practices to establish some relation to the Supreme, the Lord, but there is no union or merger.

With such a view, spiritual practice is to maintain a relation to the absolute, but with the knowledge that one was once part of that limitless Being & that one may return to it. But for now, one must seek to deepen one's relation to that God.  The Supreme is viewed as similar to a person, yet on a grander scale, but a Grand Person that has left its mark, spark, or trace of itself in the Individual [made in the image & likeness of God].  With the QD Qualified Duality as one's view, spiritual practice aims at the strengthening of the relationship with God, the Supreme.

Also related to these topics, there are now 8 Kindle books on "Amazon.com", reference-able by the author "John Stiga", each indicated as non–copyrighted, public–domain, & priced at the minimum $0.99 each.
Posted by jstiga at 2:17 PM