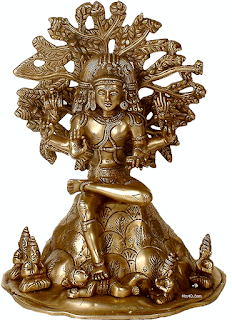 In the Reality 02 installment, the following small paragraph initially made an important point, and a promise of future follow-up which begins here.

"What makes thoughts apparent is their limited duration in Time, & the fact that each is a "dyad" a "dipole" of objective thought & reference – "me".  A thought of "bad" is bad for me; good for me; near me; far from me; important to me; etc.  More of this Ego–me at a later point."

This being one such "later point", it may help to begin with the common analogy for pure Non-Dual Consciousness, that of it being a vast, in fact infinite Space or shoreless, bottomless, topless Ocean.  As if a ghostlike thought, a wave or eddy in this Ocean or Space of Consciousness, imagine there appears the notion of "other", an impossible "other" in a Non-Dual in which there is no "other".

One Sanskrit term for Absolute Non-Dual Reality is Brahman, another is Sat–Chit–Ananda, Existence–Consciousness–Bliss.  At the same time, that Reality, identical to Brahman, is said to be the Absolute Non-Dual Self, Atman.  But with the notion of "other", a strange inversion seems to occur.  The vast infinite, Ananta, that is the Self, Atman, seems to shrink to the infinitesimal bindu, bound–point, of aham, Ego–me, or Ego– I.  The remaining infinite space or ocean of reality correspondingly becomes idem, this.  That seemingly objective "this" flees further from Non-Duality, becoming dual, multiple, plural, diverse in ever so many ways – filled with objects & energy fields, & so on.  This occurs "inwardly" as a Mind full of thought, as Minds filled with many thoughts; & outwardly as the Universe – objects conceived, & apparently perceived, as objective thoughts.

Beyond all such analogies, this apparent split of Non-Duality into Duality, is the essence of Creation, Illusion, & ultimately, false Bondage to the vagaries of apparently objective existence as a Body & a Mind.

The above repeated "dipole of objective thought & reference – Me" is the essence of this split. The Buddhists included such among the various meanings of "Dependent Origination". Western science & technology later came to call this "boot–strapping" – as in "lifting oneself up by one's bootstraps".  Such a fanciful defying of Gravity, by pulling one's feet off the ground, indicates a perplexing self– generation of 2 opposite Poles out of nothing.

In Quantum Physics, the Void can seem to give brief birth to opposing virtual particles in much this manner.  Some theories even posit an original Big Bang in this manner.  When we start up the computer, we say that we "booted", as in "boot–strapping, where one code simultaneously self–generates another & vice versa, until the Operating System starts.

Whatever the term, or Analogy, Dependent Origination, or Boot–strapping, can be a helpful indication of this apparent, above-mentioned split from Non-Duality to Duality, from Atman to aham–idam, Me–This.  This very manner speaking will be the topic of our next installment.

for very succinct summary of the teaching & practice, see:  www.ajatavada.com/
Posted by jstiga at 5:08 PM