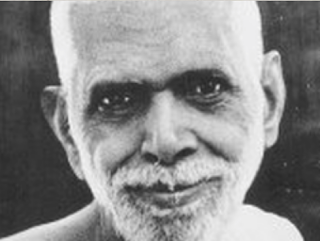 [A new series, following some illness, continuing after NMT, No-Me Teaching.  In subsequent postings, the previous installments within NMT will be continued from time to time, following each new addition to "Reality, verbal hints".]

It has often been well said that Reality is beyond words.  Words at best can only be hints, pointers.  Necessarily then, a verbal phrase pointing toward Reality must in itself be full of contradictions, cannot be Real in itself.  For the same reason, transmission of the Teaching has sometimes been depicted as occurring in a Silence that hangs potently between a Master, a Guru, & attending disciples.  Again however, that scenario, it's description, is also full of contradictions.  To avoid endless loops of the attempted explanation, these contradictions have to be taken for granted, while verbal hints can be composed as simply as possible.

Reality, Non-Dual Reality, can be truly said to be stranger on upon 1st hearing than the strangest science-fiction.  In short there is only One, one "entity" if you will.  But there being only One invalidates all numbering, including the number 1.  There being only One, also invalidates parts of speech like nouns & verbs, including "entity" & so on.