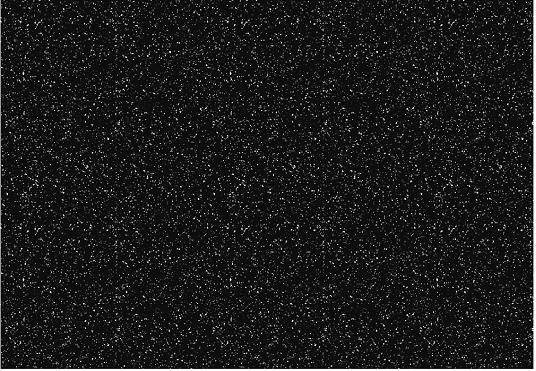 Prior to excerpting the other Ramana Maharshi disciple in the text below we continue the series: Fine-Tuned Universe 11, the premise that a small change in several of the dimensionless fundamental physical constants would make the Universe incapable of Life.

"It may be necessary for the Universe to have the enormous size and complexity which modern Astronomy has revealed, in order for the Earth to be possible habitation for living beings."                             Eric Mascall

Eminent Physicists such as Paul Dirac  & Arthur Eddington essentially embarrassed themselves in the eyes of their peers when they dabbled in a virtual numerological fascination with coincidental relationships that could be drawn between fundamental constants in Physics. A more contemporary set of insights began with Robert Dicke’s early 1960’s studies of Einstein’s Gravity and the constant G.  His early deduction was that the Dirac–Eddington large numbers: 1040, 1080,  & 10120 related to the number of particles in the Universe (Eddington claimed the number of Protons was 1080). Indeed and there was a WAP Weak Anthropic Principle (as it was later termed by Brandon Carter) “backwards” dependence on the existence of Intelligent Life. The numbers of particles and related size of the Universe would over the course of Time range from far less to far more than we see today. And yet the large number coincidences include Time  & Size:

Needless to say, however valid the striking “round-number” quality of the numbers, this must rely on our arbitrary decimal 10-base system for values and ratios of this sort. Unless we want to include 10-digit anatomy into the Anthropic Principle basket, not much can be made of this. The narrow-range coincidences that followed these early speculations have more potential significance. Then again the run of 1060’s in 3 of the Planck units have some relative impact, as well as the fact that square root of (1/1060) yields the Temperature term, while the square yields the Density term.

An earlier Universe could not have supported Life, nor could a much older Universe. For the former scenario, Billions of years of Main Star sequence are required by Stellar nucleo-synthesis for heavier (than Helium) life-critical elements C, N, O, and P. Numerous more complex, anthropic, narrow-range, coincidental requirements further append, such as Neutrino characteristics and availability as just one aspect of super-nova dispersion of those heavier elements. For the latter issue, our Sun for instance will “soon” (in cosmic Time) grow too cold for Life on Earth even as a Red Giant our Sun expands to engulf the Earth.

So the fact that we are here today to discuss the matter “necessitates” that the numbers we see today are as they are. This Goldilocks fit between ourselves and our “nest” could alternatively be described in terms of the age of the Universe, the value of fundamental force parameters, the nature of the Big Bang, and so on. Thus the incredible coincidences we see in Physics do “depend” on us because unless they happen to be what they are, we wouldn’t be here to discuss it all. As to how such “coincidences” (including many more amazing ones to be soon mentioned) can be understood in Probability, 3 options remain:

2) kazillions of other universes exhibit all possible combinations, and we simple are in the one, or one of those that permit Intelligent Life a – Multi–Verse ensemble

3) the game is fixed –  Intelligent Design by a deity or cosmic intelligence, advanced alien fabricating physically or virtually in a computer simulation, those later  aliens possibly some Future physical beings (other than our virtual descendents).

Naturally, from these 3 alternatives we find 3 camps: the apathetic skeptic who accepts the long odds without further curiosity; the spatial or serially temporal Multi-Verse & Many Worlds speculators (isn’t that asking a lot, a kazillion unprovable universes?); those who insist Design must remain on the table and cannot be rejected, out of hand, due to personal bias.

Similar as it is to previous speculations by Dirac, Eddington, and others, Dicke’s calculated prime-time star-life, supporting Life and supporting more of a rationale, proceeded as:

Dicke’s insight totally turned around the many critics of Dirac  &  Eddington linking of the “large numbers” with current age of the Universe. This seemed so arbitrary to Physicists like Edward Milne who saw no special uniqueness in our own Time. Nor did Dicke validate the Dirac –Eddington misapplication of the Universe’s current age, but instead put the Anthropic coincidence on a solid basis, while at the same time setting the stage for others to carefully scrutinize nucleo-synthesis in super-novae  &  earlier all the way back to the Big Bang. From investigations of this sort many truly narrow-range coincidences did come to light.

So we are throw back to the hypothesis that 1040 is simply the largest number the almighty God could write during the 1st Day of Creation. an atheist satire from jokester George Gamow,

Some more selected verses from the other Maharshi disciple:

The Self is Peace and Happiness. Realizing Peace and Happiness within you is the true realization of the Self. You cannot distinguish between Peace. Happiness, and the Self. They are not separate aspects. You have this idea that Peace and Happiness is within you, so you make some effort to find it there, but at the moment it is still only an idea for you. So, ask yourself, "To whom does this idea come ?  Who has this idea ?"  You must pursue this line if you want to have the idea replaced by the experience. Peace is not an idea, nor is it something that comes and goes. We are always That. So, remain as That. You have no Birth and no Death, no bondage and no freedom. It is perpetual Peace, and it is free from all ideas. The "I am the Body" idea is what is concealing it. This is what has to go.

The idea "I am the Body" is not there during sleep. Everyone enjoys sleeping, and the reason we enjoy it is because there are no thoughts there. It is the

there during sleep. Everyone enjoys sleeping, and the reason we enjoy it is because there are no thoughts there. It is the thoughts that arise subsequently that cause us all our trouble. There is no separate entity during sleep because no thought has arisen to create the image of one. When waking comes, this ﬁrst rising thought, ‘I am the body’, brings separation, doubts 72 and confusion. If you can be without it in the waking state there will be_ the knowledge, ‘I am Ramana, I am Arunachala. Everything is myself.‘ Ram, , etc., are all you. It isjust this limiting ‘I am the body’ thought that keeps this knowledge, this awareness from you. In the waking state, the jnani has no limiting thoughts, no ego that identiﬁes with a name and a fonn. His state is crystal clear. Ramana Bhagavan had no ego, no limiting thoughts, which is why he knew himself to be this peace, this happiness.

Grace is always present, always available, but for it to be effective, one must be in a state to receive it and make full use of it. If you want to take a full cup of water from
a lake, you have fully to immerse the cup first. If you want to fill your mind with grace, submerge it fully in the Self. In that place the Grace will manifest in you as Peace and Happiness.

"When the sun comes up, does darkness disappear suddenly or gradually ?" Bhagavan, speaking on this topic, once remarked: "Someone mistakes a rope hanging in the darkness for a snake. He then asks how many years it will take for the snake to die."  If the Mind does not exist, it cannot die either quickly or slowly.

All the information the Mind accumulates & all the experiences it collects are ignorance, false knowledge.  Real knowledge cannot be found in the Mind or in any external location.  Don't be interested in the words that the Mind is serving up for you.  It is putting them there to tempt you into a stream of thoughts that will take you away from the Self.  You have to ignore them all & focus on the light that is shining within you.

The substratum upon which the false idea of the Mind has been superimposed is the Self.  When you see the Mind, the Self, the underlying substratum, is not seen. It is hidden by a false but persistent idea.  And conversely, when the Self is seen there is no Mind.

This habit of believing the 'I am the body' idea has become very strong because you have reinforced & strengthened it over many lifetimes.  This will go if you meditate on your real Self.  The habit will melt away, like ice becoming water.

The Mind only gets dissolved in the Self by constant practice.  At the moment the, 'I am the body' idea disappears, just as darkness disappears when the Sun rises.

[But from now on, they will be different & still usually daily.]
Posted by jstiga at 11:45 AM