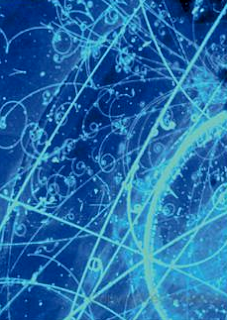 Prior to excerpting the other Ramana Maharshi disciple in the text below we continue the series: Fine-Tuned Universe 16, the premise that a small change in several of the dimensionless fundamental physical constants would make the Universe incapable of Life.

Hoyle (not originally an Intelligent Design advocate) pondered whether these and many, many other fortuitous coincidences would someday be shown to have been necessary outcomes of the Universe’s structure, [OR] an infinite Steady-State Universe could accommodate diverse regions with every allowable permutation of these constants (an early Ensemble hypothesis).

The curious placing of the levels in C12 or O16 need no longer have the appearance of astonishing accidents. It could simply be that since creatures like ourselves depend on a balance between Carbon and Oxygen, we can exist only the portions of the Universe where these levels happen to be correctly placed. In other places the level of  O16 might be a little higher, so that the addition of a – particles to C12 was highly resonant. In such a place creatures like ourselves could not exist.       Fred Hoyle’s early Anthropic-Ensemble model

Of course, there may be, and probably are, other universes, perhaps of other kinds of Matter and subject to other Laws.

For the most part, TOE candidates like String & M–theory are beyond our scope, though mention is made from time to time as we proceed. But in the spirit of early TOE predictions, Max Born (who probability amplitude into wavefunctions) foresaw in the 1920’s that the extremal principal in paths Least-Action (as seen in refinements of ’s physics, Fermat’s Refraction, etc.) would later guide search for a TOE and so it has in String & M–theory.

Pierre Maupertuis and mathematician Leonard Euler in the early 18th century initiated an ongoing tradition of organizing Laws of Physics within a Principle of Least Action [as in the later Fermat Refraction Principle of Least Action and as in “action” used by Planck, Einstein] which Max Born recommended for a TOE theory of everything.  Such a TOE (of wider scope than the GUT–plus–Relativity sense) might from first principles explain a, b, and other Rees’ Numbers; as well as Numbers and Ratios enumerating and connecting Photons, Dark Matter, Dark Energy and related repulsive High-Temperature scalar fields, Universe & Expansion lumpiness and homogeneity (to 0.001 %), all from a Big Bang Universe portion only an octillionth of a meter across (as regards the visible Universe, whereas fluctuations can be inferred theoretically for beyond-the-visible regions of the Universe, beyond 13.7 B Light-years due to Inflation).

A fantastic Multi-Verse proclamation, or perhaps even long-odds are easy to glibly accept, regarding Constants of Physics, for those not motivated to grant the issue long study and attention, and then again also for those who do so attend but remain intransigent in Physicalist Realism. But for anyone not so entrenched, and curious enough to look at the much published reviews, a WAP, Weak Anthropic Principle (constants fit us because we’re here), veers toward stronger SAP, Strong Anthropic Principle that something is up. Somehow the Universe accommodates us quite by some kind of intention by something/somebody or other. Here was a more sophisticated Paley-watch demanding a Watch-maker. So it was for Hoyle later on:

I do not believe that any Scientist who examined the evidence would fail to draw the inference that the Laws of Nuclear Physics have been deliberately designed with regard to the consequences they produce inside the Stars. If this is so, then my apparent random quirks have become part of a deep-laid scheme. If not we are back again at a monstrous sequence of accidents.             Fred Hoyle, Ensteinian Deist turned Anthropist

Some more selected verses from the other Ramana Maharshi disciple:

The Self is Peace and Happiness. Realizing Peace and Happiness within you is the true realization of the Self. You cannot distinguish between Peace. Happiness, and the Self. They are not separate aspects. You have this idea that Peace and Happiness is within you, so you make some effort to find it there, but at the moment it is still only an idea for you. So, ask yourself, "To whom does this idea come ?  Who has this idea ?"  You must pursue this line if you want to have the idea replaced by the experience. Peace is not an idea, nor is it something that comes and goes. We are always That. So, remain as That. You have no Birth and no Death, no bondage and no freedom. It is perpetual Peace, and it is free from all ideas. The "I am the Body" idea is what is concealing it. This is what has to go.

Grace is always present, always available, but for it to be effective, one must be in a state to receive it and make full use of it. If you want to take a full cup of water from
a lake, you have fully to immerse the cup first. If you want to fill your mind with grace, submerge it fully in the Self. In that place the Grace will manifest in you as Peace and Happiness.

"When the sun comes up, does darkness disappear suddenly or gradually ?" Bhagavan, speaking on this topic, once remarked: "Someone mistakes a rope hanging in the darkness for a snake. He then asks how many years it will take for the snake to die."  If the Mind does not exist, it cannot die either quickly or slowly.

All the information the Mind accumulates & all the experiences it collects are ignorance, false knowledge.  Real knowledge cannot be found in the Mind or in any external location.  Don't be interested in the words that the Mind is serving up for you.  It is putting them there to tempt you into a stream of thoughts that will take you away from the Self.  You have to ignore them all & focus on the light that is shining within you.

The substratum upon which the false idea of the Mind has been superimposed is the Self.  When you see the Mind, the Self, the underlying substratum, is not seen. It is hidden by a false but persistent idea.  And conversely, when the Self is seen there is no Mind.

This habit of believing the 'I am the body' idea has become very strong because you have reinforced & strengthened it over many lifetimes.  This will go if you meditate on your real Self.  The habit will melt away, like ice becoming water.

The Mind only gets dissolved in the Self by constant practice.  At the moment the, "I am the body" idea disappears, just as darkness disappears when the Sun rises.

http://sdrv.ms.YPOgkX/
Duplicates have been available on:
jstiga.wordpress.com/
[But from now on, they will be different & still usually daily.]
Posted by jstiga at 10:09 AM