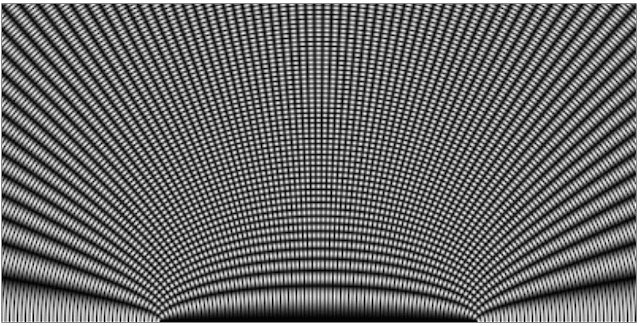 Prior to excerpting the Ramana Maharshi disciple, Master Nome in the text below we continue the series: Fine-Tuned Universe 13, the premise that a small change in several of the dimensionless fundamental physical constants would make the Universe incapable of Life.

Wisdom for the Ages:
Things are more like they are now than there ever were before.
Pres. Dwight D. Eisenhower

The Future isn’t what it used to be.   Yogi Berra

I think we can all agree, the Past is no more.
Pres. George W. Bush

At the end of the Universe, you have to use the Past tense a lot.
Hitchhiker’s Guide to the Galaxy

Tracing Homo sapiens back 200K yrs compared to the Universe age of 13B yrs, we find ourselves arriving in the last 0.002% of the Universe’s history. But if humans are still be around when this 13B yr old Universe reached the age of 1T yrs (trillion after billion), those descendents would have claimed a history of their own that is  1,000 B – 13 B  +  0.0002 B =  987.2 B yrs, This is comparable to the 1,000 B yr age of the Universe itself at that time. In comparison, they could look back at our time and see us in a “very special” ground-floor status. Now for some time an extended Copernican Principle (which is nearly opposed to Anthropic Principles) is “reluctant” (to say the least) to cast Humanity in any “special” situation at all, including “ground-floor status” or anything of the sort. When Nicolaus Copernicus took Man from the Center of the Universe and put the Sun there instead (a half step to later Cosmology), those carrying forward their Copernican Principle extended this “non-specialness” to parry Anthropic Principles in general and the “descendent-deemed specialness” we would acquire as “ground-floor” proto-Humans.

Copernicus taught us the very sound lesson that we must not assume gratuitously that we occupy a privileged central position in the Universe. Unfortunately there has been a strong (not always subconscious) tendency to extend this to a questionable dogma to the effect that our situation cannot be privileged in any sense.                Brandon Carter

Brandon Carter supported Richard Gott’s resulting Doomsday Hypothesis whereby a statistical argument claimed 95% confidence that Humanity terminates between 5K and 7.8M yrs from now. Otherwise we now would be prior to some 97.5% of succeeding humans. Statistics sees placement in the 2.5% front-knee of Probability or the 2.5% final-knee. So much more likely is it to be found in the middle 95% that Doomsday is thus foretold, just to satisfy the Statistical imperative. While this may seem far-fetched, the Multi-Verse Hypothesis and all extreme defenses of Physicalist–Realism share this incredible fanatical allegiance to Arithmetic at all costs. Of course the 5K and 7.8M yr Doomsday prediction is quite “lax” in that Ray Kurzweil exponential advance models give high Probability to either Destruction or attainment of a “super” Post-Human civilization within the 21st century. To get a further view (albeit playful) Gott sets pre-post Probability boundaries like the 5K– 7.8M yrs above for various institutions based on their current existence and past record. Taking just the front-ends loosely as Statistical “guarantees” (such as Humanity getting 5K yrs), Gott assigned over a hundred years to Stonehenge but only about 50 years to Christianity, China’s Great Wall, and the Roman Pantheon. But the Internet and Microsoft, being so recent, get Statistical “guarantees” of less than a year, and the less than 6 years. Such is the Doomsday Hypothesis which has however been taken up as a “crash-dummy” model-example by which to analyze (in terms of Self-Selection bias, etc.) various Futurist projections.

Dicke must be credited with the shift of attention from numerological coincidences to the Fine-Tuned delicate balance and interactions within Cosmic Evolution. In the end, Robert Dicke not only redirected the Anthropic numbers hunt from these large numbers toward the more promising narrow range cases, but he began the process of formalizing Observer Bias. John Barrows offers a mundane comparison to “every day” Statistics.

Barrows described the common comparison made between church-going and good health. Besides obvious economic-correlates, Barrows suggests the inclusion of Observer-bias here in that the survey skews the sample by excluding the very sick who simply can’t get to church. Another instance is the weaving back and forth between lanes on a crowded multi-lane highway by many drivers. Whatever lane they are in, the other seems to suddenly be faster. On a large scale some logical basis supports part of that impression since slower lanes have a greater density of vehicles. Thus the odds always greater that any given vehicle is the slower lane, though this explains less than the Psychological part. For most surveyed have also thought others in the peer group were happier, that they themselves used to be happier, and that they themselves will be happier in the Future. So like the impatient drivers, these latter of Observer-selection bias.

As early as 1903, the Alfred Wallace, from whom Charles Darwin appropriated natural selection, had recorded striking Anthropic insights prior to modern Geology, Atomic Theory, Relativity, awareness of other Galaxies and so on. He speculated (without adequate basis) on the nature and duration of the Sun’s heat for:

"Maintaining the requisite Temperature of a Sun such as ours, during the long periods demanded for continuous Life-development. The enormous extension and mass of the original Universe of diffused Matter is thus seen to be of the greatest importance as regards this ultimate product of Evolution."

Wallace deduced that Cosmic processes had to fall within certain ranges:

:… or will not be, Time enough for the development of Life."

"… we can dimly see the bearing of all the great features of the Stellar Universe upon the successful development of Life. These are, its vast dimensions, the form it has acquired in the mighty ring or the Milky Way, and our position near to, but not exactly in, its center."

Wallace evaluates (with so naming it) Fine-Tuning that he deems “in the highest degree improbable” and suggests that:

"… such a vast and complex Universe as that which we known exists around us, may be required … in order to produce a World that should be precisely adapted in every detail for the orderly development of Life culminating in "

John Barrows’ own phrasing is that:

"… the actual values of the constants of Nature help make Life a possibility in the Universe. Moreover, they sometimes appear to allow it to be possible by only a hair’s breadth."

Some more selected verses from the other Maharshi disciple:

You should only work enough to maintain the body. Try to avoid unnecessary activities. Less work is good. Devote yourself to your sadhana all the time. You dissipate your desire for the Self by undertaking all kinds of useless activities that waste your time and lead to attachments. You think that your life is endless and that you can put off meditation till a later date. With this kind of attitude, you will die filled with regrets, not filled with Peace. Always be aware of the Self while you work. While you are doing that work keep your thoughts a hundred per cent on the Self. You are what you think you are. You become what you think. If you think of the Self all the time, that is what you will become. If you live and die with thoughts of work and family, you will I be reborn in a place with more work and more family business l to worry about.

Your thoughts arise on a moment-to-moment basis because of your vasanas, but it is a mistake to think that you can do nothing about them. You can be interested in them, or you can ignore them. If you show interest in them, they will persist and you will get caught up in them. If you ignore them and keep your attention on the Source, they will not develop. And when they don’t develop, they disappear.

In Who Am I ? Bhagavan compared this process to laying siege to a fort. If you cutoff, one by one, the heads of the thoughts as they come out of the fort of the Mind, sooner or later there will be none left. The way to do this is by Self-Inquiry. As each thought rises, you ask yourself, "To whom does this thought appear ?"

If you are vigilant in doing this, the forest of thoughts will lessen and lessen until there are none left. When the thoughts have gone, Mind will sink into its Source and experience that Source.

Little conversations may be going on. A crowd of people may be congregating around. None of this is your business, but there is always a possibility that you will get interested in some or all of these activities and forget the reason why you are out on the street yourself. Don’t get excited by anything you see and hear. Just walk steadily towards your destination. Your vasanas are all the sides how's in your head that can drag your attention away from your main business, which is being aware of the Self. If you have no interest in them, you will walk straight to your goal. If something temporarily distracts your attention, bring yourself back by asking yourself, "Who is interested in all this ? Who is getting interested in this distraction ?" This will deflate the distracting desire and it will bring you back to an awareness of your true purpose. Remember, nothing that happens in the Mind is "you", and none of it is your business. You don’t have to worry about thoughts that rise up inside you. It is enough that you remember that the thoughts are not you.

Whatever kind of thought arises, have the same reaction: ‘Not me; not my business.’ It can be a good thought or a bad thought. Treat them all the same way. To whom are these thoughts arising ? To you. That means that you are not the thought. You are the Self. Remain as the Self, and don’t latch onto anything that is not the Self.

http://sdrv.ms.YPOgkX/
Duplicates have been available on:
jstiga.wordpress.com/
[But from now on, they will be different & still usually daily.]
Posted by jstiga at 8:38 AM