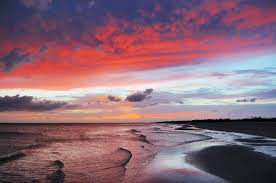 However, advaita is more than just a scholarly interpretation of some ancient texts.  Like the literature of any other system of religious or spiritual philosophy, the literature of advaita includes a huge amount of elaborate & abstruse material written by & for scholars, but such material is not the essence or basis of the advaita philosophy. The Life & Heart of advaitavēdānta lies in a number of crucial texts that contain the sayings & writings of Sages like Sri Ramana who had attained true Self-Knowledge, & whose words therefore reflect their own direct experience of the Reality.

Thus advaita vēdānta is a system of spiritual philosophy that is based not upon mere reasoning or intellectual speculation, but upon the experience of Sages who have attained direct Knowledge of the Non-Dual Reality that underlies the appearance of all multiplicity.

1stly because he experienced & taught the same Non-Dual Reality that was experienced by the Sages whose sayings & writings formed the foundation of the advaita vēdānta philosophy;

2ndly because he was often asked to explain & elucidate various texts from the classical literature of advaita vēdānta; &

3rdly because in his Teachings he made free but nevertheless selective use of the terminology, concepts & analogies used in that classical advaita vēdānta literature. The reason he thus used the terminology & concepts of advaita vēdānta more than those of any other spiritual tradition, such as Buddhism [Huang Po, etc.], Taoism [Lao Tse], Jewish [Melchesedek ?], or Christian [Eckhart]  mysticism, or Sufism [Ib'n Arabi's inerviewee], is that most of the people who sought his spiritual guidance were more familiar with advaita vēdānta than with those other spiritual traditions, & hence it was easier for them to understand such terminology & concepts.

However, whenever anyone asked him to elucidate any text or passage from the literature of those other spiritual traditions, he did so with the same ease, clarity & authority that he elucidated the texts of advaita vēdānta.

for very succinct summary of the teaching & practice, see:  www.ajatavada.com/
Posted by jstiga at 6:33 PM