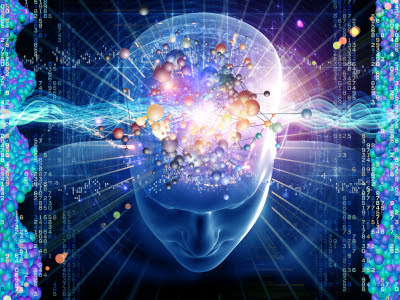 Sri Ramana spoke & wrote mostly in Tamil [Dravidian], his mother tongue, but he was also conversant in Sanskrit [Indo-European], Telugu [Dravidian], Malayalam [Dravidian], & English [Indo-European].
Tamil is the oldest surviving member of the Dravidian family of languages, & has a rich & ancient classical literature.  Though in its origins it belongs to a family of languages that is entirely independent of the Indo-European family, for the past 2,000 years or so Tamil literature has made rich & abundant use of words borrowed from Sanskrit, the oldest surviving member of the Indo-European family. Therefore, most of the terms Sri Ramana used to describe the practical means by which we can attain Self-Knowledge are either Tamil words or words of Sanskrit origin that are commonly used in Tamil spiritual literature.

The words he thus used in Tamil have been translated in English by a variety of different words, some of which convey the import & spirit of his original words more clearly & accurately than others.  Perhaps 2 of the clearest & most simple terms used in English to convey the Sense of the words that he used in Tamil to describe the practical means to attain Self-Knowledge are "Self-Attention" & "Self-Abidance".

All the other words that Sri Ramana used to describe the practice are intended to be clues that help to clarify what this state of "Self-Attention" or "Self-Abidance" really is. A few of the terms which he used to describe the practice of "Self-Attention" or "Self-Abidance" are in fact terms already used in some of the classical texts of advaita vēdānta.  However, though such texts have used some of the same terms that Sri Ramana used to express the practice, they have seldom explained the true import of those terms in a clear & unambiguous manner.  Thus, even after thoroughly studying the classical literature of advaita vēdānta, many people are left with only a vague understanding of what they can do to attain Self-Knowledge.  As a result, many mis-conceptions about the practice of advaita vēdānta arose, & some of these mis-conceptions have been prevalent among students & scholars of advaita vēdānta since time immemorial.

One of the terms that occurs in the classical literature of advaita vēdānta & that Sri Ramana frequently used to denote the practice of Self-Attention is vicāra (which is commonly transcribed as vichara, since the "c" in vicāra represents the same sound as "ch" in chutney), but the significance of this term was not clearly understood by most of the traditional scholars of advaita vēdānta.

According to the Sanskrit-English dictionary of Monier-Williams, the term vicāra has various meanings, including "pondering, deliberation, consideration, reflection, examination, investigation", & it is in these senses that this same word is used in Tamil, as is clear from the Tamil Lexicon, which defines it both as "deliberation" or "consideration", & as "unbiased examination with a view to arriving at the Truth" or "investigation".  Therefore the term ātma-vicāra, which Sri Ramana frequently used to describe the practice by which we can attain Self-Knowledge, means "Self-Investigation" or "Self-Examination", & denotes the practice of examining, inspecting or scrutinizing our fundamental & essential Consciousness "I exist" with a keen & concentrated power of attention.

Though the term ātma-vicāra can best be translated in English as "Self–Investigation", "Self-Examination", "Self-Inspection", "Self-Scrutiny", "Self-Contemplation", or simply "Self-Attention", in most English translations of Sri Ramana"s teachings it has been translated as "Self-Inquiry".  This choice of the English word "Inquiry" to translate vicāra has had unfortunate consequences, because it has created an impression in the Minds of some people that ātma-vicāra, or the vicāra "Who Am  I ?" as Sri Ramana often called it, is merely a process of questioning or asking our self "Who am I ?"

This is clearly a mis-interpretation, because in Sanskrit the word vicāra means "Inquiry" in the Sense of "Investigation" rather than in the sense of "questioning".  When Sri Ramana spoke of the vicāra "Who am I ?" he did not intend it to imply that we can attain the Non-Dual experience of true Self-Knowledge simply by asking our self the question "Who am I ?"  The vicāra "Who am I ?"  is an investigation, examination or scrutiny of our fundamental Consciousness "I exist", because only by keenly scrutinizing or inspecting our Consciousness "I" can we discover who we really are – what this Consciousness "I" actually is.

for very succinct summary of the teaching & practice, see:  www.ajatavada.com/
Posted by jstiga at 4:33 PM