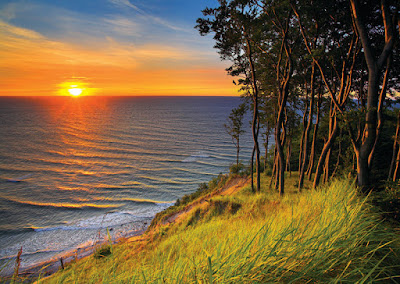 Reality as It is (continued):

What does giving up the Objective outlook mean ?  What you experience as Reality is determined by what you used to determine that Reality. What you consider to be Real depends entirely upon the instrument you're using to determine what is Real, & that instrument is very much woven together with where you take your "stand", with what you identify.

For example, if one misidentifies with the physical form, a Body, in most circumstances such a person would use the Senses as the determination of Reality & will see or cognize only that which is perceived by the Senses, regarding what is, not a sense–perceived, as "not there" or as unreal.  Otherwise one thinks that if it is Real it is "beyond his experience".

However, if the "stand" would change so that you would no longer identifies merely as a physical Body, correspondingly he would no longer take the Senses as being the determinants of Reality.  Then what would be Real for you ?  If you consider that all that comes through your Senses is not the Reality, or is only a partial "perception" of Reality, or is a mis-perception of Reality, such considerably expands your spiritual horizons.

Of course, this makes it much more possible for you to come to the Realization of Absolute Truth, because Formless Existence, Perpetual Consciousness, is not something that will come to you through your Senses.  Consciousness is realized by a different kind of Knowledge.

for very succinct summary of the teaching & practice, see:  www.ajatavada.com/
Posted by jstiga at 11:25 AM