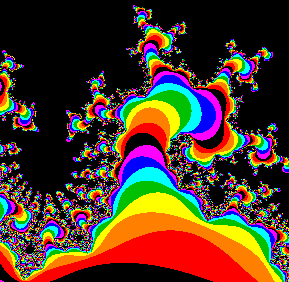 By what standard can we determine whether or not something is real ?  A thing can be truly said to be real only if it is absolutely, unconditionally & independently real, & not if its reality is in any way relative, conditional, or dependent upon something else.  Therefore, according to Sri Ramana, something can be called real only if it satisfies 3 essential criteria: it must be:

If something is not Eternal, though it may appear to be "real" for a certain period of time, it was not real before it came into existence, & it will not be real after it ceases to exist, so in fact it is unreal even while it appears to be real.  Because it is confined within the limits of Time, its seeming reality is relative & conditional.  That which is Absolutely & Unconditionally Real must be Real at all times, & cannot be limited in relation to anything else.

Moreover, if something undergoes Change during the course of time, it is one thing at one time, but becomes another thing at another time, & hence it does not exist Eternally as any one thing. Being impermanent, that which changes is not Real.

However, the most important criteria by which we can determine something as real is that it must be Self-Shining. By the term "self-shining", Sri Ramana means "self-knowing" or "self-conscious", that is, knowing itself by its own light of Consciousness. That which is Absolutely & Unconditionally Real need not depend upon any Consciousness other than itself to be known.  If something depends upon something else in order to be known as existing or real, then its reality depends upon the reality of the Consciousness that knows it.  Since it does not know itself to be real, it is not real at all, but merely appears to be real so long as it is known by the Consciousness that knows it.

Unlike this Consciousness "I exist", our Mind is impermanent, because it appears in the States of Waking & Dream, & disappears in Deep Dreamless Sleep.  Even while it does appear to exist, our Mind is constantly undergoing Change, thinking of one thing at one moment & another thing at another moment.

for very succinct summary of the teaching & practice, see:  www.ajatavada.com/
Posted by jstiga at 10:24 AM