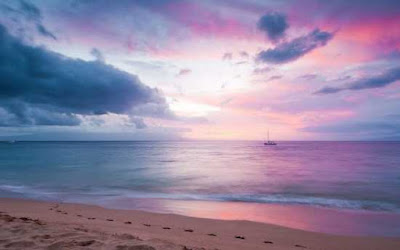 Moreover, our Mind does not always identify the same Body as "I".  In Waking, the Mind takes one Body to be "I", but in each Dream it takes some other Dream–Body to be "I".  Since it can identify itself with different bodies at different times, it cannot really be any of those bodies.
By identifying itself with a Body, our Mind deludes itself into experiencing our Consciousness "I exist" as being something confined within the limits of a Body, & a Body composed of unconscious Matter as being something that is endowed with Consciousness. If our Mind did not delude itself in this manner, it would not exist as a separate entity called "Mind", but would remain as pure Consciousness, undefiled by any form of limitation.

Because the very nature of our Mind is to delude itself into experiencing that it is what it is not, Sri Ramana said that our Mind itself is māyā, the primordial power of Delusion, Illusion or self-deception – the power that makes what is Real appear to be unreal, & what is unreal appear to be Real.

In Dream our Mind projects an imaginary Body, which it identifies as "I", & through the 5 Senses of that Body it perceives an imaginary World.  So long as our Mind continues to be in that State of , it takes the Body & World that it experiences in Dream to be real.  However absurd some of the things which it experiences may appear to exist, still our Mind deludes itself into believing that those things are real.  So long as our Mind experiences itself as a Body, it cannot but experience all that it perceives through the Senses of that Body as real. But when we wake up from a Dream, we cease to experience the Dream–Body as "I", & we simultaneously cease to experience the Dream World as Real.

Thus from our experience in Dream, & our contrasting experience on Waking from Dream, we can clearly understand that by the power of its imagination our Mind has the ability to create a World of duality & simultaneously convince itself that that World is real. When we know that our Mind has this power of simultaneous creation & self-deception, we have to doubt whether all the duality that it now experiences in the Waking state is anything other than a product of its own self-deceiving power of Imagination.