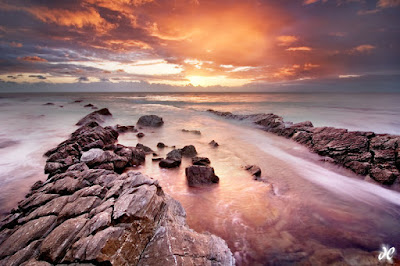 Though in his Teachings Sri Ramana borrowed some of the terminology, concepts & analogies commonly used in the classical literature of advaita vēdānta, his Teachings are not merely a repetition of the old & familiar teachings contained in that literature.  Because he was teaching the Truth that he had known from his own direct experience, & not merely learnt from books, he was able to set aside all the dense mass of non-essential, complex & ponderous arguments & concepts found in that literature [including in some of the Shankara tradition literature], & to throw a fresh & clear light upon the inner essence of advaita vēdānta.

In his Teachings he has revealed the true spirit of advaita vēdānta in a clear & simple manner that can easily be understood even by people who have no previous acquaintance with such Philosophy.  Moreover, the simplicity, clarity & directness of his Teachings have helped to clear the confusion created in the Minds of many people who have studied the classical literature of advaita vēdānta, but have been misled by the many well-established misinterpretations of it made by scholars who had no direct experience of the Truth.

Not only has he explained this practical means very clearly, he has also explained exactly how it will lead us infallibly to the state of Self-Knowledge, & why it is the only means that can do so. Unlike many of the older texts of advaita vēdānta, the Teachings of Sri Ramana are centered entirely around the practical means by which we can attain Self-Knowledge, & all that he taught regarding any aspect of Life was aimed solely at directing our Minds towards this practice.

Though this practical means is essentially very simple, for many people it appears difficult to comprehend, because it is not an action or state of "doing", nor does it involve any form of objective attention.  Since the practice is thus a state beyond all mental activity – a state of non-doing & non-objective attention – no words can express it perfectly. Therefore, to enable us to understand & practice it, Sri Ramana has expressed & described it in various different ways, each of which serves as a valuable clue that helps us to know & to be the pure Consciousness that is our own True Self.

for very succinct summary of the teaching & practice, see:  www.ajatavada.com/
Posted by jstiga at 10:26 AM