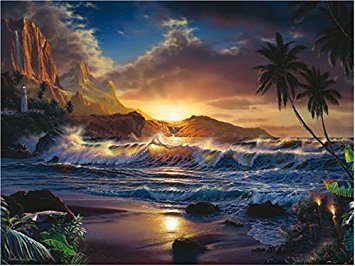 Since true Self-Knowledge is therefore the State in which our individual Consciousness, our Mind or Ego, is known to be a false appearance that never existed except in its own imagination, Sri Ramana often described it as the state of "egolessness", "loss of individuality", or "destruction of the Mind."

Another term that is commonly used, both in Buddhism & in advaita vēdānta, to describe this state of annihilation or extinction of our personal identity is nirvāṇa, a word that literally means "blown out" or "extinguished". This is the same state that most religions refer to as "liberation" or "salvation", because only in this state of true Self-Knowledge are we free or saved from the bondage of mistaking our self to be a separate individual, a Consciousness that is confined within the limits of a physical Body.

Our essential Consciousness "I am" is thus the Ultimate Reality, the original Source from which everything arises, & the final Destination towards which all religions & spiritual traditions seek to lead us.  Most religions call this fundamental Reality "God" or the "Supreme Being", or else they refer to it in a more abstract manner as the true State of .  But by whatever name they may call it – & whether they describe it as Existence or a State of – the Truth is that the Supreme & Absolute Reality is not anything other than our own Existence, the Consciousness which we experience as "I exist".

for very succinct summary of the teaching & practice, see:  www.ajatavada.com/
Posted by jstiga at 7:06 PM