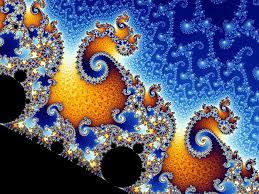 Similarly, the Mind's essential nature cannot be any thought or even the act of thinking, because
throughout the Waking & Dream states the thoughts it thinks are constantly changing, & in Deep Dreamless Sleep the Mind ceases to think any thought. Though our Mind in fact has no essential nature of its own, in the Waking & Dream states its Essential Nature appears to be Consciousness.  However, since the Mind ceases to be conscious in Deep Dreamless Sleep, the Consciousness that appears to be its Essential Nature in Waking & Dream is in fact borrowed by it from our real Consciousness "I exist".

Since our Mind therefore has no Essential Nature of its own, we can definitely conclude that it has no reality of its own, but borrows its seeming reality only from our Essential Consciousness "I exist".  Our Mind is therefore an unreal phantom, something that is in fact neither one thing nor another.  The Mind is a false appearance, an Illusion or Hallucination, a self-deceiving Imagination that appears & disappears in our one real Consciousness "I exist".

Because our real Consciousness "I am" always remains as pure Consciousness, undefiled by the knowledge of anything other than itself, nothing that appears or disappears can ever affect it even in the least.  That is, whatever else may appear or disappear, we always know "I exist".

In its Real & Essential Nature, our Consciousness "I exist" is ever unchanging, & ever unaffected by any change that may appear to occur. Therefore, whatever other knowledge may appear or disappear, it cannot affect our Fundamental Consciousness of our own Existence, "I exist", which exists & knows its own existence in all states & at all times.

Our Mind is therefore a false form of Consciousness, an imaginary, confused & self-deceiving form of knowledge, a spurious entity that has no Real existence of its own.  Since all Duality or Multiplicity is known only by this Mind, it depends for its seeming existence upon this Mind – this imaginary, confused, self-deceiving & un-real form of Consciousness.  Hence our Mind is the root cause of the appearance of Duality.  Without our Mind to know it, no Duality could exist. Therefore Duality can only be as real as our Mind, which knows it.  Since our Mind is an un-real appearance that rises & subsides in our Real Consciousness "I am", all duality is likewise an unreal appearance.

Thus, if we have the courage & intellectual honesty to seriously doubt & question the reality of our Mind, & to analyze its nature impartially, we will be led unavoidably to a Non-Dualistic view of Reality – to the conclusion that the only existing Reality is our Fundamental Consciousness of our own essential Existence, our pure Non-Dual Self-Consciousness "I exist", & that all else is only an Illusion or false appearance, an Imagination created & known only by our imaginary Mind.

for very succinct summary of the teaching & practice, see:  www.ajatavada.com/
Posted by jstiga at 10:46 AM