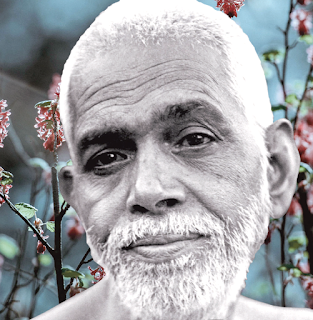 At the risk of leaning on an old movie, weekend playfully or at least less seriously begin by re-examining some pop media statements that from the outset were incompletely digested by the public, and perhaps even by the writers and producers so inspired.

Wake up Neo, the Matrix has you.

The Matrix really does have you.  It has to blinded to reality, & loss in a Dream World. But just what is this "Matrix" ?  Of course, then that the Latin for "mother", the Matrix could be seen as the "Divine Mother", Maya, & more intimately or personally, the Mind.

The Matrix is everything that you see.

"Real" ?  How do you determine what is Real ?  What you perceive, you know only as electrical impulses in your Brain.

This Senate the great forward thrust of the movies inquiry into the truth. And yet it is also the endpoint because the same process of examination is not reflected back onto the nerve impulses themselves. How are they known. The brain the body and all the nerve impulses are known to Vision, direct or in the media, & reading, the words of others: hearing, especially as it hearing from others; & so on.

And so, Perception must be put under the same light as the external objects perceived –  Perception itself & all of its components or objects.  But objects of, to, or for what ?

Well, Consciousness of course, if Consciousness be taken as more fundamental than mere nerve impulses.  Consciousness then is direct knowing, at the endpoint of every the Perceptual or Conceptual process.

No one can tell you what the Matrix is, you must discover it for yourself.

You are living in a Dream World, Neo.

To whatever degree the writers & the producers fully understood their own script lines, these popular yet mysterious statements hinted strongly at the Reality known to the wisest in India, Tibet, China, Japan, & to some degree in Greek colonies among certain Philosophers, & to a few Christian mystics such as Meister Eckhart.

In short Reality is purely subjective & purely unitary. There is only One Consciousness, with the appearance of multiple individuals being a double vision multiplied billions of times. The Waking State Body is not in principle any different than the Dream Body in each Dream.

The Reality is not personal, not individual, Immortal, ever–free, all–loving, & inherently completely blissful. In the life of an ordinary man, the most subjective experiences include the inherent certainty of his own Existence. Part of this recognition is the recognition of Consciousness itself by which that or anything could be known.

And finally sporadic throughout life, seemingly temporary experiences of Love & Happiness are also deeply subjective.  In the Matrix movie we hear:

Being "the One" is like falling in love.  No one can tell you that you are or that you are not, but you know it through & through. These 3 then: Existence, Consciousness, & happiness – bless – love these are what have long been indicated as Sat–Chit–Ananda, Existence–Consciousness–Bliss. These are the subjective reality, not 3, but 1, seen from 3 different perspectives.

By the time we study the apparent phenomena of objective things, we do well to pay attention to Cognitive Sciences & to Quantum Mechanics where the issue of Consciousness comes to the fore, however concealed within the Objective assumptions.  Any inspection of, attention given to: Consciousness, must be relatively worthwhile. No exact conclusion here should be expected.  But hints & indications, consistent with the underlying Subjective Reality could well be expected.

for very succinct summary of the teaching & practice, see:  www.ajatavada.com/
Posted by jstiga at 9:43 AM