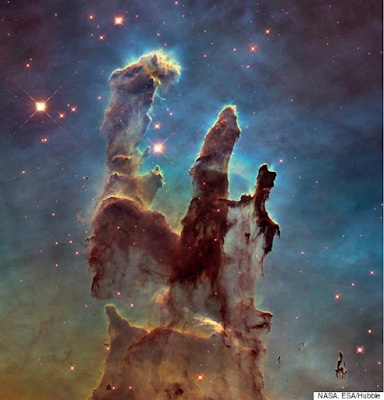 The Absolute Reality, which is Infinite & Eternal, can be realized so that one abides in that Reality, as it is always.  To thus realize is to "Abide" in lasting Peace, complete spiritual Freedom, & perfect Happiness which is spiritual Bliss.  The way to do this is to know oneself, for if one knows oneself as one really is, that in itself is indeed the Absolute & not what one might have mistakenly conceived oneself to be.

Regardless of whatever be the spiritual practices in which one may engage, eventually he or she is brought to this: the importance of knowing one's True Nature as it is.  Self-Inquiry which is characterized by asking within oneself "Who am I ?", is the keen Discernment of what one is & the relinquishment of ignorant mis–identifications.

Reality is ever existent.  If one perceives something that has appearance & disappearance, it is but a temporary thing.  If one examines the experience of that, one sees that it is not Existence itself, but I guys for it, a mis–perception of it, or an Illusion based upon Reality, but not Reality itself.  Existence does not come or begin & go or cease to exist. To know Reality as it is, one must cease to regard as real what are only mis–perceptions or Illusions.

Thereupon follow the mis–identifications with the Mind or thought, with the Life Energy or prana, with the Senses, with the Body, & then with various things in the World or the relation to them.  From these there arise all kinds of modes of Mind, motion, & Bondage of all sorts that create Suffering.

When one recognizes that the source of Happiness & Peace is within, that Suffering is not produced by external factors (such as other people, objects, & circumstances or their absence) but is created by one's own Delusion, he commences a Path to Self-Knowledge.  Proceeding to actual Self-Inquiry within oneself as to what one is, is the practice.

Listening to Teachings pertaining to Self-Knowledge, Reflecting upon them, & then deep Meditation to be absorbed in their essential meaning – these support this Self-Inquiry to know the Self. [shravana, manana, nididhyasana]  Eliminating Ignorance, or mis–identification by such Self-Inquiry results in Self-Realization, which is freedom from Delusion regarding the Self, or Reality.


One should know that the Self is not made of matter & is therefore not the Body.  The idea of being a Body occurs only in one's Mind.  All Delusions are created & sustained only in the Mind.

Delusions are not physically caused.  The Body does not produce Ignorance & Ego & such.  So one should quest within the Mind itself, transcending it while destroying its Illusions.  Spiritual practice is with the Mind and addresses the Mind so that Consciousness alone remains. To see Illusion as Illusion, Ignorance as only Ignorance, is sufficient & most effective for clearing the way to experience Self-Knowledge.

[A brief note of explanation – the other Blog noted below is entitled "Non-Duality & Science", & so the more Science oriented pages (from what I like to think of as a "comic book") have been posted there, while other chapters have been posted here. Science is a mental discipline that attracts some worthy admirers & participators.  Some of these, too few, are good prospects for the ancient teaching introduced here in many ways.  Otherwise certain Science topics like the Anthropic Principle, reinforce the general Theism which is a good idea in this materialistic age. A few other topics in Science, such as the Copenhagen II – Max Born – Von Neumann – Wigner model of Quantum Mechanics, are worthy entries to the extent that they introduce Consciousness into the physical Sciences. All that aside, the real topic here is the pinnacle as Advaita Vedanta, Non-Duality – that pinnacle being Ajata Vada, No–Creation. The great Teachers of the same include Sri Shankara & Sri Ramana Maharshi.  Both would support Theism in general & adaptations of Vedanta, such as Vishishtadvaita Vedanta – Qualified Non-Duality, for those not making headway in Ajata Vada, their present course of growth might be better served with a temporary involvement in Qualified Non-Duality. The scientist who perhaps best expresses the influence of Qualified Non-Duality in Science, for instance, would be the quintessential "New–Age" Quantum Physicist, Amit Goswami. And so to that source, & the Quantum Activism he currently advocates [with a 1–course  degree program], along with more than a half-dozen good books & former participation in the controversial What the Bleep movie, to him I extend enthusiastic endorsement, for that Qualified Non-Duality described in the context of Science.  I do not stand so much "with him", as much as nearby saluting his good work. Again, as here, the goal is inserting Consciousness into Science & "saving the World."]
Posted by jstiga at 8:30 AM