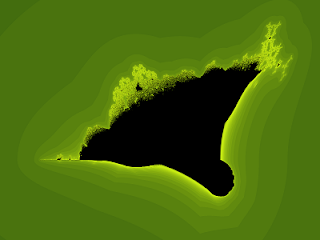 Ribhu Gita (Tamil) Ch 35:
(21)
Sage of intense spiritual practice !
Casting aside all ideas of difference
By the differenceless Knowledge of the Supreme.
The Knowledge that all appearances of superimposition arise in me.
Who am eternal Knowledge,
And therefore indeed, all “I”, the perfectly full Knowledge,
And that “I”, the expanse of Knowledge, am Brahman.
Abide changelessly in the Self.

(22)
Like the truth of a Mirage seen superimposed on the hot ground,
Being ultimately only the ground itself ,
Whatever is seen as a superimposition on the Self, the Substratum,
Is only the Self,
And differenceless "I am Brahman".
Casting aside all ideas of difference
By such differenceless Knowledge of the Supreme.
Abide changelessly in the Self.

(24)
If the World and such really exist,
They should be changelessly present in Deep Dreamless Sleep.
Since all these do not exit in Deep Dreamless Sleep,
All these are dream-stuff. illusion.
I who remain unchanged am Brahman.
Casting aside all ideas of difference,
By the pure differenceless Knowledge of the Supreme,
Abide changelessly in the Self.

Many are those who take qualified experiences of taste, light, sound and so on to be the final attainment of Self-knowledge and because they have had these experiences they think that they have attained liberation and they become more and more entangled in attention to second and third persons, thus losing their foothold on Self-attention. Such aspirants are called "those fallen from yoga." This is similar to a man bound for NYC getting down from the train at some intermediate
station, thinking "Verily, this is NYC", being deluded by its attractive grandeur!

A sincere aspirant should arrange his work in such a way that he will spend only a portion of his time
and energy for maintaining the body, so that he can utilize the remaining time and energy in striving to earn the great profit of Self-knowledge.

Thought is the apparent objectification of Consciousness.  Let me add, moreover, that each thought as such has an object & that the 2 are inseparable.  Now time, or the notion of succession, is one such object. Time too is Consciousness objectified.

We measure the passage of time by the observation of movements in natural objects like the Sun.  Observation implies the remembrance of successive Sensory Perceptions.  Were it not for these memories, our Notion of Time, if we could ever have acquired it, would fade into the experience of Pure Being, as it does whenever mental activity ceases.

The absence of mental activity cannot properly be called a State [of mind], since it transcends Time.  If we wish to understand what it is, we must abstract every idea of duration from our Mind.  This is not impossible, for a thought as such is always at one with its Object.  If we make timelessness the object of thought, all that is objective drops away & we realize Timelessness as pure, changeless, Being.

There remains the question as to why the principle of Consciousness, which is immutable & impersonal, should come to appear as the duality of a conscious subject & its object.  As to the situating of experience in Time, when we are thinking of a specific object, nothing else is present to Consciousness & there is no idea then of the object's location.  A separate thought, or series of thoughts, is required in order to situate that one object in relation to others.  These determinative [location] thoughts follow almost invariably.

Likewise, just as one group of Sensations going to form the Notion of an Object is followed habitually by another, which situates the Object in Space, so is this, & any other kind of experience, followed habitually by one which situates it in Time.  That is to say, it brings the experience into relation with the succession of thoughts in general. The group of thoughts so situated is then considered to be a present occurrence, though it is already Past. It is considered to be a Past occurrence only when new thoughts arise.

Every effort should be made, & one should persevere with utmost intensity in such a way to know the Self, but keep in Mind that it is Self-Knowledge, the Self knowing itself, & not an objective occurrence.

How are you to know the Self ?  You are to know the Self without any intermediary.  The same things that would act as intermediaries should be set aside as just so many misidentifications, for they are not your real Self.  As you inquire, set aside, as not having anything to do with a definition of your Self, all that occurs in the World, & anything perceived by your Senses, inclusive of the Body.  Such is not your identity, & any bodily state or Sense experience is unrelated to the Realization if the Self, or Knowledge of the Self.

"There is no Creation, no Destruction, no Bondage, no longing to be freed from Bondage, no striving for Liberation, nor anyone who has attained Liberation. Know that this to be Ultimate Truth."  –  the "no creation" , Shankara, Ramana,  – Ajata Vada
Posted by jstiga at 7:50 AM