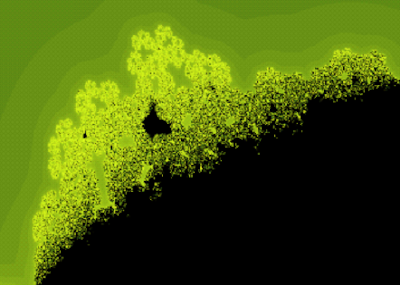 (29)
Just as, if the conditioning of the Pot and the Pitcher are removed,
The Pot space and the Pitcher space are one,,
If the conditioning of Ignorance and such are removed.
The pure. Individual being & Supreme are one.
Realizing by the certitude of the Discernment
The Innate Identity of the Supreme and the Individual without any sense of Duality,
And becoming thereby of the nature of the dense Undivided Infinite,
Abide changelessly in the Self.

(30)
If after inquiry, the inapplicable meanings of words are removed
From the statement "He I am",
The meaning to be understood is the Innate Identity.
Likewise in the statement "Tat Tvam Asi" ("That You Are"),
The meaning to be understood, after removal of the inapplicable meanings of words,
Is the Innate Identity.
Understanding this, relinquish all the mental differences
And abide changelessly in the Self.

(31)
Negating all the illusory conditionings
Of the Individual and the Supreme by blemishless Inquiry,
And attaining the Knowledge of the fearless, undivided meaning
That the nature of Brahman,
Indicated by the word "That",
ls indeed "I", denoted by the "You",
And being rid of all the hard-to-remove Bondage of Worldly existence,
Abide changelessly in the Self.

(32)
There is not the least of the differences
Such as the World, the Supreme, you and “I”.
I am not in any way different from Brahman.
Brahman is nothing different from me.
All that has been spoken of is the Undivided Supreme Brahman.
I am that perfectly full Brahman.
Casting aside everything by such undivided Knowledge of the Supreme,
Ever abide in the Self.

If you remain in the state of Consciousness, there will be nothing apart from it. No
problems. no misery, no questions.

Bhagavan spoke about turning inwards to face the Self.  That is all that is needed.  If we look outwards, we become entangled with objects & we lose Consciousness of the Self shining within us.  But when, by repeated practice, we gain the strength to keep our focus on the Self within, we become one with it in the Darkness of Self – Ignorance vanishes.

Tayumanuvar, a Tamil saint whom Bhagavan often quoted, wrote in one of his poems:

"My Guru merely told me that I am Consciousness.  Having heard this, I held onto Consciousness.  What he told me was just 1 sentence, but I cannot describe the Bliss I attained from holding onto that 1 simple sentence.  Through that 1 sentence I attained a Peace & a Happiness that can never be explained in words."

Non-Duality abides as the Substratum & the Reality of Dualistic experience.  This is so even though we cannot as individuals be aware of its Existence when our attention is turned outwards. Like Space, which would be inconceivable apart from the Objects it is supposed to pervade.  Time also cannot be more than a Notion.  It is never directly experienced.  We never experience a Present Time.  The present time is nothing more than our way of qualifying a select group of thoughts which has just now been Present to Consciousness.

Behind our Notion of a Present time, however, is the immediate apprehension of the principle of Consciousness, which is ever present as the Self.  This is not in terms of succession, but as the Present Eternity. And this Immediate Knowledge finds expression in our use of the pronoun, "I".  This is Egoism.

The pronoun, “I” , Ego, even when supposedly standing for individual Consciousness, stands always for Non-Duality. If we would actualize this Truth, we must abstract Ego from our notion of Consciousness.  In the Existence of Non-Duality, it is not a Presence we can know as we know Objects, since it is the real Self.  That is to say, the Self is the Ultimate Subject.

Non-Duality, though unknowable, is of all things the "best known", for it is ever experienced as the Self.  That is personal, not as we unwittingly do when we fall asleep & between 2 thoughts, but by the Remembrance in our workaday Life.  Of the main principles of Advaita, personal guidance from one who has fully realized Non-Duality is essential.  No book can take its place.

The Body continually changes, but we who claim it as our own are changeless, otherwise we could not say, "this portrait is of me as a child."  Yet we ignore the evidence & become identified with each successive bodily state of which we are conscious. This ignorance causes us to personify the immutable Self as our self, that is to say, as I who "think, know, enjoy, perceive" by the Senses, & "act", & their opposites.

Since ancient times, it is recommended that one go on listening, reflecting, deeply and profoundly meditating, and experi­ence absorption, until the Truth is realized without an alternative.

A book like "Who am I ?", "Forty Verses on Reality", by Ramana Maharshi or "Atmabodha, Self-Knowledge", by Shankara consist of only a few verses.  Even if you were a slow reader, it does not take very long to go through one of them. Yet, you should listen to such, or read such to yourself; time & time again, each time understanding more & more deeply, until you, yourself abide as the Infinite. Then, what remains is the Self in perpetual fascination, as the Maharshi says, with the Self.

What else is detachment but utter clarity regarding the abiding source of Happiness?

Those simple questions, "Where is Happiness ?  What is Real ?  Who am I ?" tend to revolve again & again, each time deeper in the seeker's mind, until he has arrived at a conclusive Realization that will not waver in the least.  In that lies Liberation.

Among those who are worldly-minded, who do not turn their minds inward, everyone is apart from God.  Among those who are spiritually inclined, in one way or another, everyone is a part of God. For those who inquire to know themselves, there are no parts—just God.  However, it is not necessary to convince others, because either they are God already & you need not convince God, or they do not exist apart from God.  In your practice, your aim should not be to convince others but to have inner experience. Moreover, your own blissful experience becomes convincing enough to those who have ears to hear.

If the Consciousness is obscured by a Mind that is cloudy, the Mind should he made pure, it is said. What is meant by a pure Mind is an introverted Mind, which is a Mind that relinquishes its own adherence to its own self-conjured ideas. Such is purity of Mind. With that pure Mind, you realize pure Consciousness. That is, the Mind is absorbed.

Quieting the Mind is not the end in itself.  You can quiet the Mind by any number of means.  Here, it is generally recommended that the desire for Liberation, itself; & the attempt to inquire, "Who am I ?" take care of quieting the Mind.  If one uses some other method to quiet the Mind, it brings him to the point at which he can make that inquiry to know who he is.

If there is a feeling of bondage, the instruction is given as to how to be free or to be Liberated. Following that instruction, finding your own nature, you discover that it is Freedom itself, Liberation itself.  In other words, you discover that your True Nature has never really been bound.
Non-Dual experience is aligned with Self-Knowledge, & may be felt by the aspirant as greater Freedom, greater Happiness, greater Peace.  Such do not come to you.  Indeed, it is always already there, but illusion or ignorance needs to be destroyed in order that the real Knowledge, the Reality, itself, shines.  Similarly, the state of Self-Realization does not come to anyone.  In Self-Realization, there is just the Self, and no individual.

http://sdrv.ms.YPOgkX/
Duplicates (but with graphics) have been available on:


for very succinct summary of the teaching & practice, see:  www.ajatavada.com/
Posted by jstiga at 4:05 PM