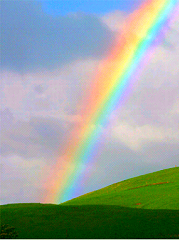 (42)
All "appearances" (Individuals, etc.) that seem sentient (conscious)
Are but the Supreme Lord, which is Consciousness alone.
I am indeed the Lord which has nothing in the least to learn,
I am indeed that Lord which has nothing apart.
By attaining the undivided Realization through such practicable bhava (conviction),
And being rid of the Bondage of Birth-and-Death cycle,
Abide as the "Apex",
Your Self alone, not different from the Supreme Lord.

(43)
Thus have I described the Abidance in the undivided Self.
As expounded by our Lord.
Son !  If this is heard just once or read
Without blemish as now told.
The undecaying State of will result.
Is there any doubt that
Those who hear this or read this every day
Will attain the bondagelcss Supreme Liberation?

(44)
Only those who deeply inquire into
And contemplate upon
The nature of the perfectly full, undivided Supreme Lord
As the Substratum of all the numerous Names & Forms of things
Will attain taintless, undivided Abidance in the: Self
And cross thc hard-to-cross Ocean of Birth & Death (re-incarnation).
None else can ever cross this Ocean
By any other action, all being tainted (by duality).


Some disciple of Ramana Maharshi quotes:


Clinging to the Consciousness “I” & thereby acquiring a greater & greater intensity of concentration upon it, is diving deep within.  Instead of thus diving within, many, thinking that they engaged in Self-Inquiry, sit down for hours together simply repealing mentally or vocally. "Who am I ?"  or  “Whence am I ?"  There are others again who, when they sit for Self-Inquiry, face their thoughts & endlessly repeat mentally the following; questions taught by Sri Bhagavan: "To whom has this thought come ?  To me; "Who am I ?"  Or sometimes even wait for the next thought to come up so that they can fling these questions at it ! Even this is futile.

We should not remain watching, "What is the next thought ?"  Merely to keep on questioning in this manner is not Self-Attention.

By saying, "This is the direct path for all, Sri Bhagavan points out that anyone, however weak his mind may be, can acquire, through this Path, the true strength of Mind which is required to Abide in one's Source.  Therefore, taking to Self-Attention, which is the real introversion, is by itself far better than giving any other target to the Mind.

If our attention is directed only towards ourselves, our knowledge of our existence alone is nourished, & since the Mind is not attended to, it is deprived of its strength.

When, through the aforesaid Self-Attention, we are more & more firmly fixed in our Existence–Consciousness, the tendencies will be destroyed because there is no one to

The feeling I am is the experience common to one & all.

The "I-thought", together with its concomitant, Memory, needs to be studied.  Mental activity is a notion arising from the Memory of distinct thoughts. Each thought as such constitutes an object of Consciousness,  of objective or individual experience in reference to mental activity. Thoughts are so called from the standpoint of one who sporadically identifies himself with his Body. His own & other bodies appear as external to what he takes to be himself, while thoughts seem to occur within.  But for one who has understood that the Body & its World are merely Notions pertaining to his individual experience, there is neither an inner nor an outer World.

The whole objective domain will appear to be mental.  If it has been clearly understood that the commonsense distinction between Matter & Mind, or Waking & Dreaming, is an illusion, then the truth of this statement will be readily grasped.  But if all its implications have not been fully accepted, we are likely to oscillate continually between identification with the Body as such ("I am of medium height") & identification with thoughts as such ("I am clever").

We view thoughts as subtle entities until we know by reasoning & accepted the implications of the fact that all the objects of Consciousness, whether they appear as external or internal, are so many aspects of a single objective plane. It is pointless to make any distinction between Mental & Sensory, or Physical, activity.

What is called a thought is the Consciousness of something: & this Consciousness we personify as I who think.  But for all that, we continue to use the word "thought" for the sake of simplicity, so long as we are examining human experience as such. The "thinker" is supposed to think the thoughts of which he is conscious.  But no one "thinks".

This Truth will become apparent from examination of the Duality of subject & object.  Note that the expressions, "I think" & "I am thinking" both mean I am conscious of something objective & not "I am the thinker". Whereas the objects of Consciousness are many & various, the single Consciousness in which they appear remains unmodified.  "I" am therefore a principle transcending all that is objective to me.  "I" cannot be the thinker, for the thinker as such is the object of Consciousness & not the Self.  Otherwise I could not remember having thought.

The quest to know one's Self is, simultaneously, the quest to know ultimate Reality. Reality is That which is. That which is your Existence, the real Self, is That which is. There are not two of you, a self that you supposedly are, and a self that will hap­pen to you, as if you would acquire or attain it. The Maharshi has made this abundantly clear when he says, "There are not 2 selves, one to realize another."  Every effort should be made, and one should persevere with utmost intensity in such a way to know the Self, but keep in mind that it is Self-Knowledge, the Self knowing itself, and not an objective occurrence.

How are you to know the Self ?  You are to know the Self without any intermediary. The same things that would act as intermediaries should be set aside as just so many misidentifi­cations, for they are not your real Self.  As you inquire, set aside, as not having anything to do with a definition of your Self, all that occurs in the World, and anything perceived by your senses, inclusive of the body. Such is not your identity, and any bodily

Whatever your Knowledge is of the Self that is true even now, such as the fact of your own existence, is not through thought. You do not require thought to know that you exist. Similarly, the Realization of the Self is not thought dependent. The inquiry, likewise, is not thought-dependent.  Of course, one may commence meditation by thinking, "I", yet as soon as the Self-Inquiry turns further inward, the experience is that of Consciousness abiding quite free of any thought, even the thought of "I."

If you try to search for the Self, regarding it as something objective, the intention is good, but the results will not be vast enough, deep enough, or enduring, for it is the nature of every objective occurrence to come and go, to have a rise and a set, whether it be in thought or through the senses. Appearance becomes disappearance. Something gained is also lost. If it: is born, it perishes. Seek to know your Self in a way that is nonobjective.

In seeking to know yourself in That, by That, which is non­objective, you arrive at that which is very vast and exceedingly deep. It is your own nature. No thought can compare to this, let alone anything sensed through the body. That which is non­objective is illimitable. It has no beginning or end or interrup­tion. It undergoes no change, and it has no condition. By inquiring to know your Self, setting aside everything that is objective, you easily come to something that is detached from all, that is perfect, and that is all peace in itself: By finding That which is non-objective, your own true Self, you find yourself abiding in That which is Bliss, itself—the unconditional, unlimited, real joy of the Self—the very same that was intuited in every desire for Happiness, the very same that motivates the drive for Liberation and the seeking of Self-Realization. That perfect, transcended Bliss is your own Being. You should have no doubt about this,

for very succinct summary of the teaching & practice,