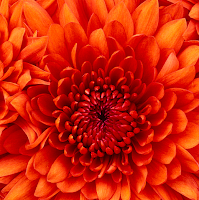 Shri Shankara's is commentary on the Hastamalaka hymn:

Knowing which all will be discerned
As being in the Supreme Self,
To that Eternal–Knowledge–Bliss,
Originless & changeless, I bow.

By the knowledge of whose teachings,
Our Consciousness–Self becomes evident,
To that Sadguru, the Sun that dispels the darkness of one's Ignorance, I bow.

Here certainly, for all living beings, by one's own natural inclination, indeed there is a wish to accept Happiness & the desire to abandon Suffering, thus – "Let there be Happiness for me, let there not be Suffering for me."

In this context someone who possesses full, superior, abundant merit, having known the Suffering is inevitable & that "happiness" born of sense objects is without reality, is impermanent, & is thus suffering, indeed by striving with aspiration, by spiritual practice, & by perfect very strong abandonment of attachment to some Samsara (illusion), is free from craving.

With indifference & relinquishment of Samsara he strives. As non-knowledge, or misunderstanding of our True Nature of the Self & turning away from Self-Knowledge are the cause & production of Samsara, the spiritual teacher instructs him in the Knowledge of the Self.

And also: Speech, Hand, Foot, Excretion, & Genitals, which are the 5 organs of action.

From the Supreme Truth, there will be rejected, all the above without exception, all limitations, such as the characteristics of the Intellect & others.  Therefore of that it is said quote devoid of all conditioning.  It is because of
Being "devoid of all conditionings", indeed this is akin to "Space" means completely pure like Space. Thus he declares:

(2)  Resorting to that which is of the nature that is Eternal & is Knowledge, the Mind, Eye, & so on, not possessed of Knowledge, [seem to] enter into activity, like fire & heat [fire gives rise to heat], the unwavering One, that which by nature is Eternal Knowledge am I, the Self.

Notes [by blog author] on Happiness:

In the context of Non-Duality, the Sages tell us that Happiness is our Real Nature, as one sense of Ananda in Sat – Chit – Ananda, Existence-Consciousness-Bliss. For the same reason that we seek Self-Knowledge, seek to know our own Identity, we likewise seek Happiness, which is our Identity. Cessation of Existence is inconceivable, so that those who identify with a Body will fear Death. Enlightened or Ignorant, either way, such cessation of Existence is unacceptable because we intuit that this would bring an end to Happiness.

Self-Knowledge & thus true & lasting Happiness are gained by the removal of Ignorance as to our own Identity. So to inquire: Who am I ? & to subjectively find the "Inquirer" to be the answer, to be that pure Existence & Happiness – this alone is the final & lasting solution to our unending search for Happiness.

When I breathe, turn left or right, think this thought or another, all is done to increase Happiness or to decrease the loss of Happiness, for this is the only motive for anything. Complete Self-Knowledge includes the recognition that as Happiness itself, we can never find it outside, & once realized, we can never lose it.

Real Happiness never ends & has never left us, even if only dimly appearing as the "reference background" by which we "measure" lesser happiness. We always know just how happy we are, or are not. We often know the same about others. Ever we "measure" against that "reference background" of perfect  Happiness which is our own True Nature, the unwavering Reality of Happiness which is our very Existence.


for very succinct summary of the teaching & practice, see:  www.ajatavada.com/
Posted by jstiga at 10:11 AM