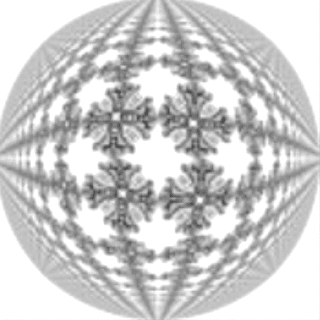 (13)
As the World appears as an Illusion
On the mass of Knowledge which is the Supreme Brahman,
Like a mirage in the midst of hot air
And the imaginary World in a Dream,
All these are only Brahman, the Substratum.
And their separate appearance is totally a myth.
The defectless Supreme Brahman is the only Reality,
And it is indeed, ever your True Nature.

(36)
After driving out the delusions of the Mind
By assiduously focusing on the uninterrupted Meditation
That I am Brahman, Brahman is myself, and I am all,
Attaining the Awareness of the meaning
Of the statement "I am Brahman"
And merged with That.
Without the least trace of thought of the World, the Supreme or “I”,
Ever be at ease, in Peace.

Ego, manifestation, form and ignorance: these are like an optical illusion, a mirage, a dream without substance, the life-history of a fictional character, a rabbit with horns, and a person with a tail. Regard all thought as an empty echo and the world as a dream. Regard all manifestation as an hallucination or as a daydream lasting but a moment. Know the world to be unreal and yourself as not a character in it, and the dream is over. Consider the world to be a dream, and discover the absence of the dreamer. To expect the perception of forms - the world, body, senses, and thought – to disappear at its own level to transcend them is like expecting the dream character in one's dream to see the dream forms - dream world, dream body, dream senses, and dream thoughts - disappear within the dream, before waking up. When the forms - the world, body, senses, and thought - vanish, the Reality of pure, transcendent Being alone remains. Even when thought of as appearing, the Reality of pure, transcendent Being alone remains.

An unreal body performs unreal actions in an unreal world. Do not be afraid to let go of a world that does not really exist. Any object of experience has no more existence separate from the Self than printed letters from a page of paper, or waves from water. It is you who say that anything is real. The object does not declare its own reality. To known the Reality, know yourself.  It is better to say the world in you than you are in the world. There is no world or any objective thing, and there is no one to experience or know it. The world is unreal. There has never been a single objective thing. All that is objective is illusion. Illusion is that which is not.  All things change. That which is not a thing is unchanging.

The Self is neither the body nor thought. It is spaceless and timeless. As space is endless, clear, formless, embracing all, bound by none, all-pervading, ungraspable, and has no within or without, so it is with the Self. The conception of space requires mis-identification with the body. The conception of time requires misidentification with thought. Now is not a time. Here is not a location. Here and now is formless, real Being. The past and future have no reality. The fleeting present moment is also an illusion. Timeless Consciousness is conceived as time and all that time measures. When does time begin? When there was no time. But if there was no time, not then or now, did it begin at all? The cause is always seen in the effect, The effect is just the cause appearing as such. In Truth, there is only one cause. The ultimate cause of all, the Absolute is itself uncaused. The Absolute, the Self is neither caused by anything else nor does it cause anything else. Infinite, there is nothing beyond it produced by it. There is no cause for illusion; for illusion is unreal, and for an unreal effect there cannot be a real cause. Causality is itself illusory.

Happiness lies deep within us, in the very core of our being. Happiness does not exist in any external object, but only in us, who are the consciousness that experiences Happiness. Though we seem to derive Happiness from external objects or experiences, the Happiness that we thus enjoy in fact arises from within us.  Whatever turmoil our Mind may be in, in the center of our being there always exists a state of perfect Peace & Joy, like the calm in the eye of a storm. Desire & fear agitate our Mind, & obscure from its view the Happiness that always exists within it. When a desire is satisfied, or the cause of a fear is removed, the surface agitation of our Mind subsides, & in that temporary calm our Mind enjoys a taste of its own innate Happiness.  Happiness is thus a state of being – a state in which our Mind’s habitual agitation is calmed. The activity of our Mind disturbs it from its calm state of just being, & causes it to lose sight of its own innermost Happiness. To enjoy Happiness, therefore, all our Mind need do is to cease all activity, returning calmly to its natural state of inactive being, as it does daily in deep sleep.  Therefore to master the art of being happy, we must master just being. We must discover what the innermost core of our being is, & we must learn to abide consciously & constantly in that state of pure being, which underlies & supports (but nevertheless remains unaffected by) all the superficial activities of our Mind: thinking, feeling & perceiving, remembering & forgetting, & so on.


for very succinct summary of the teaching & practice, see:  www.ajatavada.com/
Posted by jstiga at 12:09 PM