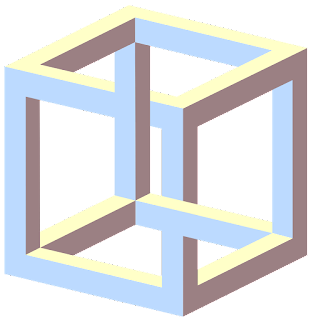 Consciousness is indeed always with us. Everyone knows "I exist".  No one can deny his own Existence. The man in Deep Dreamless Sleep is not aware.  While awake he seems to be aware.  But it is the same person.  There is no change in the one who slept & the one who is now awake.  In Deep Dreamless Sleep he was not aware of his Body & so there was no body–consciousness.

“There is no Creation, no Destruction, no Bondage, no longing to be freed from Bondage, no striving for Liberation, nor anyone who has attained Liberation. Know that this to be Ultimate Truth.”
–  the “no creation” school of Gaudapada, Shankara, Ramana, Nome – Ajata Vada
for very succinct summary of the teaching & practice, see:  www.ajatavada.com/
Posted by jstiga at 4:18 PM