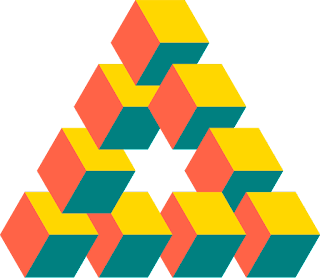 Whether the topic–lesson concerns Death or other example, the wise Sages use the issue to turn the Mind inward, & drives you to the essence of Pure Existence, without any emphasis on the belief in any apparent reality of the issue examined, such as Death for instance. Fear of Death is actually needless for One who is not a Body, but the topic can serve the purpose of higher instruction, the liberating Teaching of Non-Duality. Just as Fear of Death seems intense but can be used wisely, so too everything else can be approached in the same way.  Every other suffering can be regarded as a minor reflection or version of the Fear or Death example.  And just as Death may either seem far off, or close, so too every unnecessary cause of suffering is best resolved in the Present because the suffering can begin now, with the fore-thought, even prior to the possibly later occurrence.

Those who yearn to go beyond the illusory boundary of Life & Death, who desire to be beyond the limitations of Life, & who do not wish to suffer Death clearly discriminate.  They discriminate between Existence, or Consciousness; & Prana, or Life– Energy. “Prana ” signifies the Life–Energy which seems to animate the Body & the Senses, without which they are inert. Prana in various combinations with the Body, Senses, & the Mind is that which is responsible for the experiences called “physical" & “subtle." Without such animating Energy, there is no bodily or sensory experience.  A corpse has no experience & its Sense organs, though intact, are not animated & do not produce any experience.

In Deep Dreamless Sleep man is devoid of possessions, including his own Body.  Instead of being un–happy he is quite happy.  Everyone desires to sleep soundly. The conclusion is that Happiness is inherent in
man & is not due to external causes.  One must realize the Self in order to open the store of un–mixed Happiness.

“There is no Creation, no Destruction, no Bondage, no longing to be freed from Bondage, no striving for Liberation, nor anyone who has attained Liberation. Know that this to be Ultimate Truth.”
–  the “no creation” school of Gaudapada, Shankara, Ramana, Nome – Ajata Vada
for very succinct summary of the teaching & practice, see:  www.ajatavada.com/
Posted by jstiga at 12:01 PM