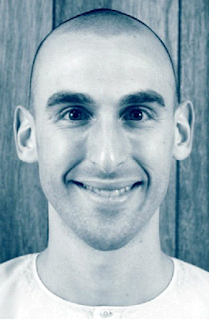 
Regarding the fear of Death, it can also be the case that the identification is, at that moment, in the mind, with something else more than with the health & welfare of one's own particular body. An example might entail great care for a loved one, a child, or someone else.  Such a person may say, "I have no fear of dying, but if my son or daughter would ever get even close to death, it would be a great tragedy." (Some religious fundamentalists actually turn away from God when, in "His mysterious ways", He takes from them a close loved one.) This is another case of a person not examining his own experience. Such is due to lack of Self-Inquiry. A person may experience this same "fear" as a sense of "loss" & "suffering" as well as fright. Few ponder this even though they are surrounded by Death all the time.

The Ultimate Truth is so simple & is nothing more than being in the pristine state. This is all that need be said.

Deep Dreamless Sleep, Dream, & are mere phenomena appearing on the Self which is itself stationary.  The Self is also a state of Pure Consciousness.  Can anyone remain away from the Self at any moment ?  This question can arise only if that were possible.

The question may as well be, "Am I nearer to myself in my sleep than in my waking state ?"

“There is no Creation, no Destruction, no Bondage, no longing to be freed from Bondage, no striving for Liberation, nor anyone who has attained Liberation. Know that this to be Ultimate Truth.”
–  the “no creation” school of Gaudapada, Shankara, Ramana, Nome – Ajata Vada
for very succinct summary of the teaching & practice, see:  www.ajatavada.com/
Posted by jstiga at 12:39 PM