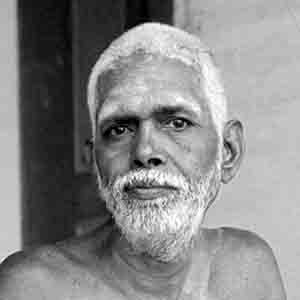 
In the course of spiritual practice, we notice the presence of Life & Death, & we do not ignore such facts. In Illusion (samsara), people usually do not like to think about these things. Then when it stares them in the face as their own imminent death, or the death of someone close to them, they think about it. When the situation passes, their memory of such fades, & their thinking about Death also rapidly fades. Perhaps, it is because they do not have an answer for it or they do not know that the answer is really within. It is wise to observe that Life & Death are with us all of the time. Thus we take the proper steps to realize the Truth, which is immortal & blissful. If we keep this in mind, our practice will always be very intense. Consequently, we practice Self-Inquiry to know the Truth as if it were the very last thing we were going to do.

The Self is permanent with no Creation or Destruction. The perception of the World depends on the changeful Senses. A change in the Senses brings a change in the object, in the perceived World. The Self does not change when the Senses do, for it is un-changing Existence & the unchanging Witness of all the changing Senses. A change of Mode, or state of Mind yields a corresponding change in the Senses & the perceived World. The Self is not changed, being un-changing Existence & Consciousness, & the Witness of the Mind as well as the Senses. The Self is One, part–less, & indivisible.  The World is composed of innumerable parts & divisions. The Self has no form, & is purely Formless Existence.  The World is composed of forms, without which there is no World.  There is no formless World.

Simply remove Ignorance. That is all there is to be done. Liberation means release from Bondage which implies the present existence of Bondage. But there is no Bondage & therefore no Liberation either.

Any experience that which has a beginning must also end. Only when the ever-present Consciousness is realized will one's experience be permanent.

“There is no Creation, no Destruction, no Bondage, no longing to be freed from Bondage, no striving for Liberation, nor anyone who has attained Liberation. Know that this to be Ultimate Truth.”
–  the “no creation” school of Gaudapada, Shankara, Ramana, Nome – Ajata Vada
for very succinct summary of the teaching & practice, see:  www.ajatavada.com/
Posted by jstiga at 11:28 AM