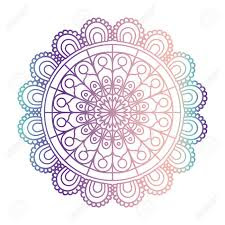 
What Sri Ramana describes is not a change of states, but what actually exists. From false assumptions & its consequent perspective of an "I", we may seem to conceive of the 3: the World, the Individual, & the Supreme Self.  Without the "I"–thought, there is no Illusion. Between the apparent states of "with an 'I' '' and "without an 'I' '' there is actually no separation, since they are not actually 2 existent states. The "with an 'I' "–notion is totally illusory. Without it, there is just the Innate. If you are seeking an "in between" state for the purpose of spiritual progress, it is found in the dissolution of that "I". The dissolution of the "I"–notion is the spiritual progress.

For Self-Realization, it is necessary to know the Self as transcendent of bodily form & limitation.  By liberating oneself from the ignorant Mis-identification with the Body & its "attributes" (characteristics), one remains as the Infinite & the Eternal. Those who understand that they seek a Realization that is not a bodily state, & who are neither enamored of nor ashamed of the Body (either way is Attachment), seek to discern the Self's freedom from the Body & its "attributes".  One should know the Self's transcendence of all bodily definition. The results of this Knowledge of the Self's Freedom from the limitations of the Body & its attributes are Bliss & Peace that are undisturbed by bodily conditions, spiritual Freedom from birth, growth, decay, illness, & death, & transcendence of action.

“There is no Creation, no Destruction, no Bondage, no longing to be freed from Bondage, no striving for Liberation, nor anyone who has attained Liberation. Know that this to be Ultimate Truth.”
–  the “no creation” school of Gaudapada, Shankara, Ramana, Nome – Ajata Vada
for very succinct summary of the teaching & practice, see:  www.ajatavada.com/
Posted by jstiga at 9:10 AM