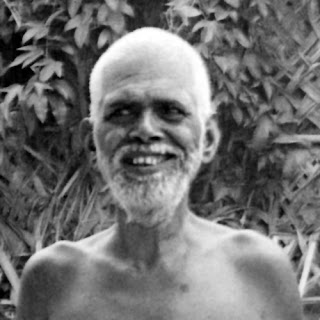 
Freedom from the fear of Death is Freedom from Name & Form, freedom from the Body & the Mind, freedom from the Individual, & freedom from everything that is changeful. So fear of Death becomes a motivating factor. If you fear Death or destruction of any kind, seek "refuge" in the Changeless One.  Seek refuge in that which has the power to transcend Death &, therefore, to conquer Death. That One is the innermost Consciousness, the immortal Existence within you. Seek Peace & Happiness in That  alone.  For those who have done so, the Ego–"I"–notion is the first to attain Death.

The Body has no sense of "I".  The True "I" belongs to Pure Existence. When the “I" sense is confounded with the Body, such is Delusion, & the Self is then assumed to be a bodily being or an embodied entity. There is no actual experience of being a Body. There are only Sense perceptions, which are misconstrued in Delusion. There is actual Existence, with its own unbroken continuity, the invariable, constant knowledge that you exist. There is no memory of being a Body. There is the timeless knowledge of Existence. Memory is always only of something objective, yet the object (Body, etc.) itself does not exist. So the memory of it is also unreal & cannot actually exist.

The Self is ever-present. What kind of help does one require to know oneself ? The Self is not something new.  The Self is Eternal & remains the same all along.  The Self  is not light, not darkness. The Self is only as it is. The Self cannot be defined.  The best definition for the Self is: "I am that I exist."

The Self is only Pure Existence. The State of is not attaining something new or
reaching some goal which is far away, but simply being that which you always are & which you always have been. All that is needed is that you give up your "realization" of the "not-true as true."

Many regard as Real that which is not–real.  We have only to give up this practice on our part. Then we shall realize the Self as the Self.  The Self is self–evident & transcends the Seer & the Seen. There is no Seer there to see anything. The Seer who is seeing all this now ceases to exist & the Self alone remains.

“There is no Creation, no Destruction, no Bondage, no longing to be freed from Bondage, no striving for Liberation, nor anyone who has attained Liberation. Know that this to be Ultimate Truth.”
–  the “no creation” school of Gaudapada, Shankara, Ramana, Nome – Ajata Vada
for very succinct summary of the teaching & practice, see:  www.ajatavada.com/
Posted by jstiga at 10:42 AM