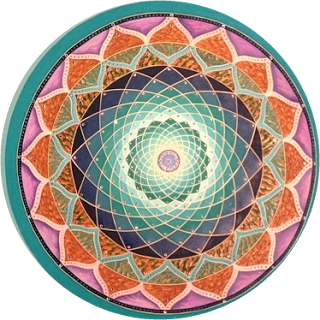 One's freedom from the Senses must be firm & natural for there to be Realization. This necessitates the Knowledge of the Self's transcendence of the Senses. The Self is Infinite Consciousness, unchanging Existence, perfectly full Bliss. Vast & Space-like, Form–less & un–conditioned, is the Self.  Of immense, silent Peace, ever-shining & motionless, is the Self.  Within the Self., seemingly but without actually occurring, there is imagined the realm of objective experience, manifesting as the World perceived by the 5 Senses. There appear to be 5 kinds of Senses with their corresponding kinds of Sense objects. Within the realms of the Senses, a great variety of sensations & an apparently uncountable number of Sense objects arise. These are the Sense experiences of living beings, which are differentiated from one another by means of Mis-identification with the Body. Like the surface ripples & foam on the waves in the , like clouds in the sky of pure Existence, are the Senses. The Self is Existence-Consciousness. To confound the Self with any or all of the Senses, in any way, is Ignorance.

A person can be in this World merely as a Witness.  An analogy is given about the Light that is kept
on the Stage of a Theatre.  When a drama is being played, the Light is there, which illuminates, without any distinction, all the actors, whether they be kings or servants or dancers, & also all the
audience. That light will be there before the drama begins, during the performance, & also after the performance is over. Similarly, the Light within, that is the Self, gives Light to the Ego, the
Intellect, Memory, & the Mind without itself being subject to processes of growth & decay. Although during Deep Dreamless Sleep & other States there is no feeling of the Ego that Self remains attributeless, & continues to shine of itself.

Actually, the idea of the Self being the Witness is only in the Mind.  Such is not the Absolute Truth of the Self.  Witnessing is relative to objects witnessed.  Both the Witness & his object are mental creations.

“There is no Creation, no Destruction, no Bondage, no longing to be freed from Bondage, no striving for Liberation, nor anyone who has attained Liberation. Know that this to be Ultimate Truth.”
–  the “no creation” school of Gaudapada, Shankara, Ramana, Nome – Ajata Vada
for very succinct summary of the teaching & practice, see:  www.ajatavada.com/
Posted by jstiga at 7:16 AM