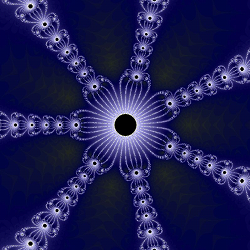 
The one who does not understand the Eternal seems to dwell in a Mind & in a Body. The Mind & in a Body do not conqueror of Death. The Body is born, & the Body dies. The Mind that is created is destroyed. Do not seek "refuge" there. Do not place your identity there. Do not place your hopes there. Do not place your hopes to find what is Real, to find your Happiness, & to find out who you are, seemingly in the Body & the Mind.  Seek "refuge" only in that which, being Innately Immortal, can conquer Death.  The same holds for conquering Time. If you are in the Mind, you are in Time. It becomes obvious, even painfully so, that if you are mis–identified with the Body, you are in Time.  But are we the Body or the Mind ?  Where do you really "dwell" ?

The Body is an Illusion in Time & Space. The Self is not in Time & Space.  How, therefore, can the Self be equated with the Body ?  The notions of an existent Body & any notion that the "I" is the Body are only delusion, utterly dependent upon the conceptions. The Self is self-existent & not a notion or a product of a concept. The Self is naturally without effort, thought, notion, or becoming anything other than what it is. The Self is the true "I". Therefore, the Self is not the Body. The Self is bodiless, un-changing, indivisible, unborn, undying, indestructible, ever-existent, continuous, formless, partless, beyond the elements or matter, & also non– dependent & self-existent forever. This is beyond all doubt. The Self is motionless & actionless. The Body moves & acts.

The State in which the thought "I" [the Ego] does not rise even in the least, alone is Self, is alone is God.  The Self alone is also the Individual, [the jiva].  Self alone is this Universe of billions of years.

All other knowledge is only trivial knowledge. Self-Knowledge alone is the Real & Perfect Knowledge.  Know that the many objective differences are not–real but are rather mere super–impositions on Self, which is the form of True Knowledge.

“There is no Creation, no Destruction, no Bondage, no longing to be freed from Bondage, no striving for Liberation, nor anyone who has attained Liberation. Know that this to be Ultimate Truth.”
–  the “no creation” school of Gaudapada, Shankara, Ramana, Nome – Ajata Vada
for very succinct summary of the teaching & practice, see:  www.ajatavada.com/
Posted by jstiga at 9:54 AM