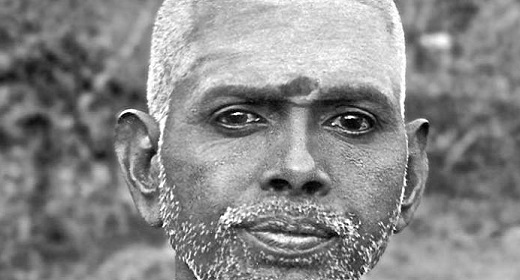 After the dissolution of the Ego–"I"–notion, after the utter relinquishment of the assumption of existing as an individual entity, in them there is no space for the thought of death.  If one seems to be an Individual, there is plenty of room for fear, unhappiness, suffering, & "bondage".  With the demise, or utter dissolution, of the Individual, there is just this space-like, pure Consciousness. Consciousness is space-like in its formlessness, yet it is packed full with the perfection of its own Existence.  There is not a gap, not even a particle-sized space, for anything else to be.

Freedom from misidentification with the Senses is Knowledge. Knowledge is Liberation, & since one seeks to know Reality & not create it, for it always exists.  Therefore one should discern clearly the Self, its innate freedom from the Senses, & its freedom from all the limitations of the Senses. The Self is singular and indivisible Existence. The senses are multiple and divided. The senses themselves are objective, the known, just as the sense objects are. The Self is nonobjective, ever the knower, of the nature of Existence-Consciousness. So, how can the senses be considered to be the Self ?

There is truly only 1 State, that of consciousness or Existence.  The 3 States of Waking, Dream, & Deep Dreamless Sleep be real. They simply come & go. The Real will always exist.  The "I" or Existence that alone persists in all the 3 States is Real. The other 3 States are not real & so it is not possible to say they have such & such a degree of reality.
.

“There is no Creation, no Destruction, no Bondage, no longing to be freed from Bondage, no striving for Liberation, nor anyone who has attained Liberation. Know that this to be Ultimate Truth.”
–  the “no creation” school of Gaudapada, Shankara, Ramana, Nome – Ajata Vada
for very succinct summary of the teaching & practice, see:  www.ajatavada.com/
Posted by jstiga at 9:03 AM